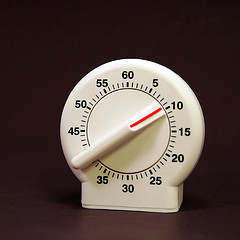 How to teach your children to take turns.

I don’t know if it was desperation or inspiration, but I timer trained my boys when they were very young.

Okay I’ve thought about it.

By the time the older boys were 18 months old, I was able to defuse the inevitable screaming match that was going on over one toy or another by announcing that one boy could play with it, and then when the timer dinged it would be the other boy’s turn.

I doubt it’s something that only twins go through….any set of siblings will clash over a treasured (or just novel) toy at one point or another. In my case, it was about every 20 minutes that a new tussle broke out. I almost lost my mind, let me tell you.

When you first try it, and depending on the age of the children involved, you may want to only set the timer for a single minute, to show them how the system works. It took a lot of talking and demonstrating of the plan before they began to trust me that everyone would get their turn. This was very time-intensive for me. In other words I had to stay right there and be sure that the kid waiting didn’t clock his brother in frustration, and then make sure the hand-off went smoothly upon the much anticipated ding of the timer. When the system was understood I was able to take a more hands-off approach.

Once they could deal with the one minute turns, I started lengthening the time for each turn. Since they had no real concept of time I didn’t bother telling them how long I was giving them after a while, and I even snuck in slightly longer turns for the child who had to go second.  Heh, heh, heh.  What they didn’t know couldn’t hurt them.

When they were older I did start telling them what the turn length was and if someone was getting a different amount of time. If a fight broke out over who got the first turn, announcing that the first boy got 15 minutes and the second boy got 20 helped sort things out very quickly.

This technique was even more popular when the younger boys came along. When they were 2 and 3 it was common for them to come crying to me pointing to a toy the other one had asking me to set the “Timer go ding.”

I frequently find my egg timer by the computer after it’s been used by one or more of the kids these days.. My only concern at this point is that they’ll break it with enthusiastic dial twisting, lol. I have one of the old fashioned ones that just has a simple ding, and a new one can be difficult to find. Not to worry, I located one at the hardware store about a year ago and it’s safely in reserve should the original give its life for the cause of peace in my home.

A couple of things I’ve noticed: sometimes the fight isn’t about the toy at all. Frequently the boy who has the first turn gets bored with the item and hands it off early, especially if brother has found something else to do in the meantime. Also, it’s best to have a timer that’s devoted to just the turn-taking. I tried using my oven timer for turns and managed to confuse the little guys tremendously when I was cooking one evening.

If you try this technique at home, I’d appreciate knowing about it. Please leave a comment for me on how it’s working for you.