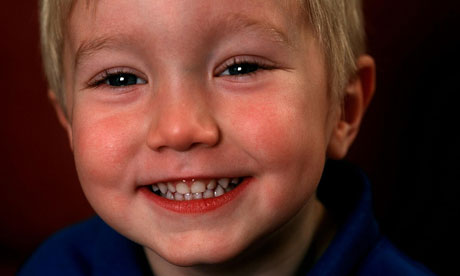 This week at ForeverParenting, I respond to a challenge that Stu threw down in November to spend a day not correcting the children.  How do you think I did?

Stu challenged us to spend a day not correcting our children a while back. Being that I take Stu pretty seriously, I tried it.

Lasted about 4 minutes, give or take.

Part of my difficulties was that I was teaching lessons, and it’s hard to do math without correcting mistakes. The other part was that I’ve gotten pretty critical lately, so I decided I should work on it.

Since the whole correction thing wasn’t going well, I decided to adapt the challenge and try to just say “Yes” as much as I could for a whole day. I’d gotten to the point in life where “No” came out of my mouth for every request they made.

Which is silly really. Why do I say no so much??

I’m happy to report that the yes thing went much better. So much so that I extended my efforts beyond that day and have been trying it since. I’ve got some work to do, but I’m finding that if I stop and ask myself “Why not?” when they make a request, I often don’t have a good answer to that. So I try to find a way to say yes.

My results: boys who are taking more responsibility because they’re getting more trust. I have to spend extra time teaching them new things as I’m saying yes, but then they’re DOING the new things, with increasing pride as a result. For example, (with much trepidation) we said yes to an older boy slicing his own cheddar cheese with a knife(!) recently. He did fine, and got quite a kick out of serving his brothers up some freshly sliced cheese.

If I get tired, it’s easier to say no in the short run, but I’m really not doing anyone any long-term favors. So….yes it is.

Even if that means stepping back while some pretty bizarre science experiments take place. With appropriate supervision and knuckle-biting, of course.

Earnest Parenting: help for parents who want to do their best.