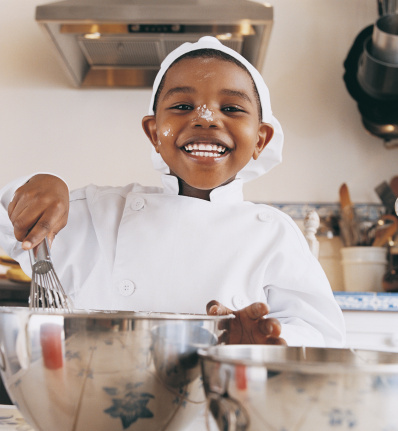 Okay readers, I need some help. You ready? Good.

Thursday I spent about ten hours working on the books for a local nonprofit. I was the one who transferred everything to the software program over a year ago, and they needed some updates to get ready for annual reporting. Unfortunately, someone had gone in and made some, umm, interesting calculations. So I spent a lot of time working on the project. Went to bed at 3am.

Got back up at 9 on Friday morning and had a boatload of stuff to do before leaving at 11:30 to do more stuff and meet my folks at the children’s museum by 1. Right. Okay. So I was flying through report printing and so on, as well as supervising the older boys through lessons. Had to do a time out at one point because they weren’t listening to me, but overall things were going well. I had explained the time crunch as well as the todo list. The Mercenary said “Hey! I can make lunches for us!!”. Okay by me. We finished enough schoolwork and I suggested they start on lunch while I finished up my stuff. So far, so good.

Then all of a sudden a pouty boy showed up in my room complaining that no one was helping him make the sandwiches anymore. Pouting and whining can put any boy on the fast track to nowhere with me. I wasn’t terribly sympathetic, mentioning all the work I do by myself around here without any ill effects. I gave a pep talk and suggested he own the project and make us all proud. He wandered off. A bit later I heard all the boys playing.

Ten minutes later I was ready to move. Ran through the kitchen, asked if lunch was all packed and got an affirmative answer. Wiped jelly up off the counter and the trash can, then zipped the lunch bag shut and rushed everyone out the door.

We had to stop at church for 15 minutes while I ran checks. I brought lunch in and told the boys they could eat there and get some water from the cooler since we hadn’t packed any beverages. They chose to play instead.

It wasn’t until we were driving out of town that they decided to eat. And THAT is when The Mercenary said something about “only bread”.

Then he said it again: “I didn’t have time to make sandwiches, so there’s only bread in the bags.’

He repeated it again. I. Was. Furious. He had more than enough time to make those sandwiches; he just chose not to because no one else was in the kitchen with him and he was pouting about it. And now here he was misrepresenting the truth. I got even more angry.

So angry that I turned on the car radio and called Hubby on the cell and quietly told him the whole thing. Honestly, I didn’t know what to do. When I’m that tired, it’s not the best time to make discipline choices. Anything I could think of on the fly would have either hurt the other boys (like canceling the museum trip) or been just plain vengeful (like buying everyone lunch but him). So I did nothing, just continued on to the city.

Then I got to thinking: there was jelly on the counter and trash can. That little stinker made at least one sandwich. Ooooooo, he better not be back there eating it himself and leaving the rest of us with plain bread.

Fortunately, he had the wisdom to offer me the real sandwich instead of playing favorites with his siblings or himself.

Hubby and I did spend some time teasing him mercilessly that evening when he was very hungry and we were waiting for food at the restaurant. But beyond that, we really took no action on the event.

Here’s where I throw it to you, readers. Can you think of something interesting that we can do about this situation? What would you have done at the time?