3 Things To Help Kids Get Along 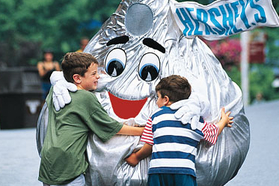 Hulloooooooo, Internets! Have you missed me? I’ve missed you! The last week and a half have been a bit all-consuming, but I’m getting caught up now and hope to get back to my regularly scheduled activities soon. 🙂

So. I asked you about how well your kiddos get along with each other. Many thanks to Mary, Mrs. Schmitty, Danandmarsh, Crissy, Digital Cameras for Sale, Loseis, and nkog for playing along. Most people seemed to think their kids would say they love each other, even though they see varying degrees of sibling rivalry here and there.

Loseis made a fantastic point, saying that the parents set the tone (and example) for the household. I completely agree that parents are a huge influence on the home, and that when children misbehave much good can come of parents changing their own behavior first.

So why did I bring all this up? Well, about five years ago (TechnoBoy and The Mercenary were 4) it seemed like all they did was fight and all I did was try to mediate from my prone position on the couch. I was expecting the younger boys at the time and wow, did that pregnancy ever knock me for a loop. By the end of the summer of 2002, neither of the older boys could say that he loved his brother.

I was horrified. Here was a pair of twins unable to get along or express any kind of affection.

Today, all of my boys get along pretty well. For boys. Who are constantly trying to dominate one another. I just ran an informal survey. The younger boys told me that yep, they each love all of their siblings. The older boys were less willing to commit to the “I love him” statement but further discussion seems to show that their concept of love is more complex than the little guys’. When we talked things out they were willing to agree that they loved each other “sort of”.

I think they were just being tough guys. There’s a level of peace between them that I didn’t see 5 years ago. When they go to bed at night, it’s common to hear chatter and laughter for hours; this from two boys who’ve spent 98% of their day together. It’s difficult to understand what they would have to talk about but there you have it.

Anyways. The reason I started this whole topic was to mention some things I’ve focused on in the past few years that I hope have helped improve the boys’ relationships. Before I get to the list, I do want to say that I think a huge factor is the existence of the younger boys. When the older ones were here as the “only set”, they fought constantly. Younger brothers constituted a shared adversary, and I believe that has been something that helped everyone get along better. If a boy fights with one brother, he’s still got 2 more possible allies in the wings. Sometimes it’s pair vs. pair, other times there are various combinations of 3 vs 1.

Prayer – Just keeping them in prayer and asking for wisdom with mothering helps.
Affection – My own brother and I absolutely hated one another growing up, and I know now it was a cry for affection and attention. I don’t excel naturally at being affectionate with my kids, so I’ve intentionally worked on giving and receiving hugs, kisses, compliments, and affirmations when the opportunity arises.
Attention – This is a big area of weakness for me right now. I tend to be very task-oriented and would prefer to spend my time working on my todo list. If a child makes a request, such as “Mama, will you get me an apple?” I have to fight my tendency to put him off while I finish what’s in front of me. You know what’s at the root of this problem? It’s an ugly word, Internets: Selfishness. But there you have it. When I push them aside so I can finish watching a video or typing an e-mail (both of which could be paused for a moment while I attend to the request) I’m being selfish.

I’m not saying I need to jump at their every beck and call, just that I need to be more willing to focus my attention on them when I’m doing something that can easily wait a minute. A benefit to that is that when I’m working on something that truly cannot be delayed, they’re more willing to wait for me because they can see me prioritizing tasks accordingly instead of just saying “Wait, wait” all the time. Sadly, when I make them wait too long, they feel forgotten and that sense of abandonment and mistrust plays out in both their relationship with me and with each other.

Today at lunch Captain Earthquake spontaneously announced that he loves his brothers. The Manager was willing to answer back “I love you too”, while TechnoBoy and The Mercenary didn’t quite seem to know what to say. I mentioned that they could just thank the little guy for his love, and both boys seemed to like that option. I’ll keep working on them.

Earnest Parenting: help for parents who want their kids to get along.