Why Remote Supervision of a Novice Chef is a BAD Idea* ** 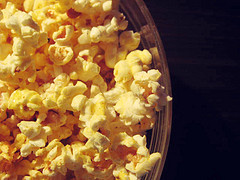 *Alternate title: 4 Assumptions that led to disaster in the kitchen.

**Alternate alternate title: You know what they say about assumptions, don’t you?

I was deeply engrossed in a project today. Deeply. Engrossed. You see, the plan I’m following for the boys’ schooling is somewhat complex, requiring me to coordinate literature with history. Well, that part’s simple, but getting the right books on time from the library to go along with the history book is harder. I don’t like flipping back and forth through the book trying to find all the suggestions.

After 5 years of homeschooling I came up with a brilliant plan: make a spreadsheet! Woohoo!! I got the younger boys’ topics and books all done the other night and was immensely pleased with myself. Why didn’t I think of this earlier?

Today I was working on the older boys’ assignments. Their plan is a bit more difficult because there are more book lists to coordinate, and not all of the suggestions are in chronological order.

Anyway. I was strongly focused on what I was doing. I’d already cleaned around the house this morning, so my spreadsheet project took me into lunchtime. And yes, I did stop to cook the boys some food. 🙂

But they were still hungry.

TechnoBoy suggested popcorn. Sounded like a good plan to me; especially the part where I could continue typing while he made it in the microwave.

Partway through the cycle, an anxious boy asked me, “Is it supposed to be popping that loud?”. The Mercenary pointed out that TechnoBoy had put my splatter cover over the popcorn bag so I instructed him to quickly open the door, pull out the cover, close the door, and start the oven up again so it would keep popping.

I stayed at the computer.

I think it was another minute and thirty seconds later when the older boys started squawking that there was smoke coming out of the oven. I told them to open the door and stop the machine, then tried to get them to come back my way so we could analyze the situation. I’ve burned popcorn before…I figured that they’d lost a few kernels and I would finish my current entry into the beloved spreadsheet before I got up to help.

Yes, I was STILL at the computer.

That was when the smoke ROLLED into view. The boys responded by shrieking and running wildly around the dining room table waving their hands through the clouds. TechnoBoy dove into the kitchen and turned on the vent fan, while others focused on more shrieking and running.

Eventually I got them to all calm down so we could have a quick family meeting. It turns out that TechnoBoy used one of my snack-size bags at full power for three minutes (he just pressed the Popcorn button on the panel). He’d forgotten that we never trust the pre-programmed buttons on that oven, and he didn’t realize that the snack-size bag cooks in half the time at 80% of the power.

So. Object lesson for everyone today. We’re all about hands-on learning here at Earnest Parenting. Very Love and Logic, don’t you think? And for the record, my four (very bad) assumptions.

I can work on this spreadsheet while a boy is in the kitchen.
Said boy remembers how to pop popcorn in the microwave.
The correct size popcorn bag is being used.
An anxious question about loud popping doesn’t require immediate action.

PS Thankfully today is a very windy day and with all the windows open and the kitchen scrubbed down (including a very stinky microwave) I think the burnt smell will be gone by the time Hubby gets home from work.