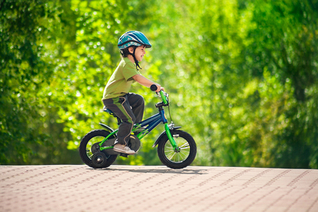 Okay, when last I wrote I mentioned that I’d gotten locked into a power struggle with The Manager on Thursday morning. Basically what happened was I started the day explaining to the younger boys that we were going to do our lessons in two blocks. Immediately after breakfast, we’d do the first half of math, printing, grammar, and phonics. All but phonics are less than 15 minute tasks. Phonics I have to do individually with each boy, so the other one goes off to look at books while he waits for a turn.

My first mistake was agreeing that we should do phonics first. The Captain wanted to take his turn, so the Manager headed off to read (translation: he played in his room). After a really great session I called The Manager over to read his page. He immediately started to pout and complain. I asked if he wanted to do a time out or if he could be cheerful and do his lesson. He opted for the lesson and we got started, but the damage was done. He was completely unfocused and kept getting frustrated over the lesson.

If it wasn’t such a difficult situation it would have been funny. For some reason the book had the word “squish” in one of his sentences. The problem is we haven’t learned the “sh” sound yet. I explained that the book was making a mistake and told him what the sound was. When we got to the word, he sounded out the squi and then I said “sh”. He got a little frustrated and started sounding out the word again. We got to the end, he said “s” and “h” and I said “sh”. Then I explained again why I was doing that. He repeated the sounding out. After the third time through he looked angrily at me and asked, “Why are you shushing me Mama?”

I explained it. Again.

So I explained again, but it was clear that he wasn’t hearing a word I said. I suggested that he go calm down in his bed for a while and made sure to tell him that I wasn’t mad. He just needed to settle down. The short version is that from there he spent a couple of hours in his room. I checked in with him several times to see if he was ready to come back to school, but he was plenty happy to just play in bed. He sang little songs to himself even.

I tried removing toys and even took the blankets off his bed (they needed washing anyway) to make the bedroom a little less attractive. I sang the Hokey Pokey loudly with his brothers and even sent them out for our daily bike ride without The Manager. That finally got his attention and he stated that he was ready to join us for the rest of the day. After lunch we did part two of school and I sent the Captain off to play. The Manager wanted to be able to play as well, so we started working on his morning school.

This time, phonics went much better. He listened when I explained about the book “sh” mistake and we read “squish” just fine. We finished everything else on his list and he scooted out the door to catch up with the boys. Later on when I was typing he climbed up next to me and was very affectionate, so apparently I didn’t scar him for life or anything.

Friday morning I changed the order of events, putting phonics last in the morning block of school. Everything went beautifully! We were all done with morning obligations in time to take an extra long bike ride at 11, then had lunch and started the afternoon block at 1. Because the older boys were also done we left the house around 3:30 and met Hubby for a movie. Overall, we had a great day.

Here’s hoping the 4th week of school goes smoothly. If the schedule we followed Friday works well, then that’s one more hurdle we’ll have cleared.