When You Lose Your Temper, Pt. 2 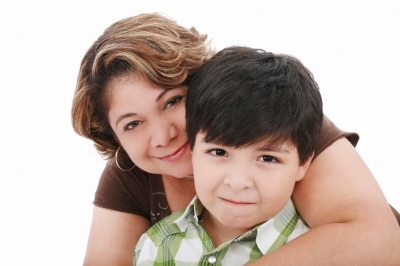 When I wrote the last post about losing my temper, I was right in the middle of the situation. I was so angry! The good news is I’ve calmed down and can share with you a few lessons I learned. If you get a chance, check out the comments from that post. Mary’s advice in particular is excellent.

The first order of business after the blow-up was to calm down. Considering that two small boys started having a leap-off-your-bed contest while I was typing angrily, this was easier said than done. Typing out the blog post helped, as did about 20 minutes of a mindless computer game.

After I had achieved a reasonable level of stability I tried talking to the younger boys. Unfortunately it quickly devolved into another lecture so I had to take more time out to settle.

Eventually I was able to talk to each boy individually, calmly, and with love in my heart. I apologized to them. I talked to the older boys second (they were wisely hiding in their bedroom), explaining that while I knew they hadn’t been pouty/grumpy, I still held them a bit responsible for the problems because the little guys were simply acting exactly as they’ve seen big brothers do for years. I suggested that they come up with a solution.

On a positive note, I really haven’t had big grumpiness issues with them over school this year. A few frowns here and there, but I have no issue with that. Everybody has times where they don’t feel like working.

The solution for the younger boys was much easier: if a boy is grouchy or pouts or whines then he would lose either TV or computer or Wii time for the entire day. No additional warnings will be given.

And then I told them no computer for Thursday.

I further explained that by “no computer” I meant no looking at a computer, no touching a computer, no sitting by while your brother plays on the computer….no computer. At all. They took that pretty well overall. I did have to remind them later, but because there were other things to do the consequence was perceived as painful but not life-threatening.

Friday was amazingly wonderful. We did have tempers fraying a little bit in the evening (them, not me), but boys managed to be cheerful and cooperative all day, or at least calm.

So. What did I learn?

Time outs are a good thing, especially for grown-ups.
It is loving and logical that boys earn a consequence for misbehavior.
Having a consequence in place in advance can generate peace. Everyone knows what to expect, which means no arguing about the results of actions.
One area I have not mastered yet is building a team spirit for the family.
Praying helps, and more praying is a good plan for me.

Oh, I had to tell Hubby everything that happened, including my part. He had a long talk with the little guys, then the Mercenary. After that he called TechnoBoy over and congratulated him on surviving the day without causing much trouble. 🙂

The team building thing is an area I’d like to improve in right now. It’s not something that will happen overnight, and I wonder if maturity is part of the equation. So what else would you do?

Earnest Parenting: help for parents who are trying to handle losing their tempers.