Do You Tell Your Children They’re Stupid? 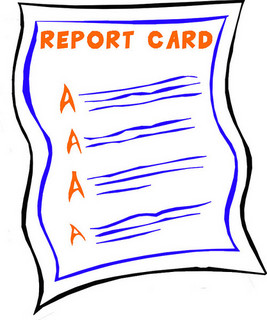 I’ve written before about the Love and Logic books and how I have tried to implement the strategies in my own parenting. Have you read any of the books yet? You should try it…you may like it!

A strategy that I’ve got down cold is the questioning to resolve conflict technique. I’ve talked my way out of many power struggles just by offering choices in question form. A boy doesn’t want to wear socks? No problem! I ask him if he wants to wear the red ones or the blue ones. He chooses blue and voila! conflict resolved.

I’ve been noticing lately that I fall down completely in another area: leaving the boys to their own devices. I don’t mean we should walk out the front door and let the kids fend for themselves. It’s more about letting them make their own choices in a situation. For example, 2 boys were arguing about whose turn it would be on the computer. I could have told them to flip a coin, but instead I told them to figure it out, unless they wanted my option, which was to shut the computer off.

Not long after, a coin was tossed and the issue settled.

Unfortunately, more often than not I do step in and tell the boys what to do and how to do it. Even yesterday I had difficulty letting The Mercenary shovel snow without my input. Seriously. Why do I have to tell him how to shovel? I definitely need to watch my control freak factor.

Something else that drives. me. crazy: the boys constantly asking me for answers to things instead of figuring it out for themselves. Yesterday TechnoBoy handed me a magazine and asked me to explain a page he clearly hadn’t read. By keeping all the control I’m creating in them a dependency on me that I resent. I’m also fostering laziness and communicating to them that I don’t think they’re smart enough to handle things independently.

I’m not the smartest person on the planet, so I know that I can’t just write this blog post and wake up tomorrow completely changed and ready to react wisely to every situation. Instead, I’m going to try and find some time to reread my Love and Logic book, and then start solving the problem one situation at a time. Will I blow it and talk too much? Yep. That’s so gonna happen. But there will also be times when I get it right. If I keep at it, eventually there will be more successes than failures. Step by step, situation by situation, this can improve.

What about you? What do you tell your children?