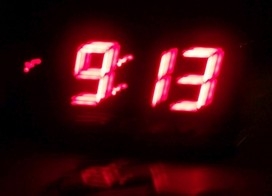 I’ve been pondering deeply my routine failures lately at being loving and logical when the boys disobey or are otherwise annoying. A hallmark of the Love and Logic approach is for parents to shut. up. and let kids learn from their mistakes. Shutting up? Not a strength. I like to explain things waaaaay too much and as a result the boys tune me out.

One thing I’ve learned about me is that drastic change usually results in failure. I do better attacking problems in small steps. So rather than try to change my whole approach with the boys, I need to find one issue and work on that.

But what issue? I just couldn’t figure out where to start. A lot of prayer and pondering has gone on, and today a solution presented itself.

It happened when I called Captain Earthquake and The Manager over to stand by the table. My intent was to play the Left/Right game as part of math. They adore the game and we haven’t played it in a while. The Captain headed my way quickly, but The Manager started pouting and-get this-crawling on the floor. All because I had asked him to come over to the table. He didn’t even wait to find out why I was asking.

I got annoyed because he was wasting time trying to avoid what was going to be a really fun game.
The phrase “Disobedience wastes time” popped into my head. So I said it out loud and put him in time out. No other comments or discussion, just said “disobedience wastes time….nose to the wall”. Then I engaged Captain Earthquake in a rip-roarin’ game of Left/Right. The Manager was obviously disappointed at being left out but I stood my ground and didn’t release him until his time was up. Then we played the game. 🙂

Afterwards I got to thinking, hey! That was loving and logical. I kept my mouth shut, established a boundary and let him deal with the consequences. And it makes sense. Disobedience does waste time. I’m not accusing him of anything, just stating a fact.