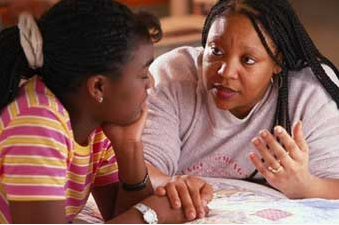 (Editorial note: I’d like to welcome Sarah Scrafford as Earnest Parenting’s very first contributing author! I’m very impressed with Sarah’s article and I have thoughts on it! Do you? If so, see you in the comments.)

Being a parent is one of the best feelings in the world; the joy and pride you feel when you first hold your newborn in your arms cannot be expressed in mere words. And from the day your infant is born, you lavish love and attention on him/her, nurturing and caring for him/her as they grow up. You’re responsible for them, for their basic needs like food, sleep and safety. And as they become older, you start to take important decisions regarding their education and social activities.

But there comes a stage when your child is able to make decisions for himself/herself, and that’s when the trouble starts. While some parents are easy-going and willing to let their children choose their own paths, there are others who insist on holding tightly to the reins of control and steering their kids on the road they think is the best for them. And so we have pushy parents who force their kids into playing sports they have no interest in, taking up activities (like music, dance or arts) that they don’t like, and studying hard to become a doctor or a lawyer even though their heart is in some other field.

Some kids go along with their parents’ plans silently; although they’re not happy, they don’t exhibit open rebellion. But the problem festers deep inside them and turns into resentment, a feeling that if left to itself, becomes hatred. Other kids are more vociferous in their opinions; they insist that their parents let them do what they want, and this causes rifts in the family. Children and parents are alienated, and if nothing is done to bridge these rifts, the family drifts apart sooner or later.

The problem in this scenario lies entirely with the parents. Most of them enforce their will on their children because:

In all the above reasons, the focus is on the parents. Not one of them sees the child’s point of view. Some parents would brush aside this argument with the callous comment that kids don’t know what they really want, but the truth is that children do know what they want. In fact, most of them are capable of making their own decisions and even accepting responsibility for them.

A parent’s role must be that of a guide, someone who is there to steer them in the right direction when they ask for help, someone who will show them how to succeed without saying “I told you so” when they fail, someone who will encourage them to choose their own paths, someone who will provide them with the knowledge and information they need to make decisions and then let them make the choice themselves, and someone who will always be a source of strength and comfort when the going is not easy. When you become such a parent, that’s when your child is well and truly on the way to becoming a successful adult.

This article is contributed by Sarah Scrafford, who regularly writes on the topic of ultrasound tech school. She invites your questions, comments and freelancing job inquiries at her email address: sarah.scrafford25@gmail.com.

Earnest Parenting: help for parents who try to avoid interfering too much.