Nothing Like Weeping In the Night to Get My Attention 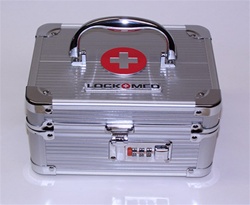 It’s 2:00 am and I can’t sleep yet; I’m too wound up. We’ve got company in the house, so I was up late cleaning the dishes and whatnot, then came to the computer to check email and was surprised to hear someone walking around in the night. Then I heard a door shut loudly, which is unusual. When the person started coughing I decided to investigate.

Getting closer, I realized it was Captain Earthquake, and he was sobbing. He’d slammed his finger in a door earlier today (it was a hot game of hide and seek, and he had a good spot but thought he was going to be caught, hence the slamming) and it was hurting badly. The band-aid I’d put on at the point of injury had been replaced when Hubby examined the finger this evening. His finger had swollen further and the bandage was making things worse.

I carried him to a quiet spot to see what I could do, and ended up waking up our company to get to the first aid kit. By the time I got back to the Captain he was weeping all over again. In his sleepy state he’d forgotten that I was on a mission to help him and thought instead that he was alone in the night.

Talk about ripping my heart out.

I woke Hubby and we replaced the bandage and gave the boy some love and pain reliever. Then I sent him back to bed. Hubby and I are agreed that if it looks worse in the morning I’ll have to see about a doctor visit. I’m hoping the Tylenol takes the swelling down for him. He’s already back to sleep and breathing evenly.

When I tucked him in, I reminded him that if he’s hurting in the night he can ALWAYS come find me for help. Some extra hugs and kisses helped me feel better, and he sleepily promised to find me if necessary. Then he drifted away.

I wanted to stay and hold him some more, but I would have just kept him awake so I crept out of the room.

At 7 years old, he’s getting to be a pretty big boy.

That doesn’t stop him from being my baby when he’s hurting though.

I imagine that will always be true.