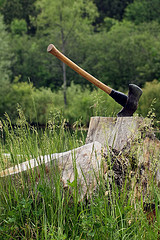 A theme I keep coming back to in this blog is the disconnect between my work ethic and the boys’.

I am a workaholic. Plain and simple, I’d rather be pursuing a task than sitting still. The older I get, the more I want to be completing things.

Don’t tell the boys, but I’ve been harboring evil thoughts of getting rid of the TV lately. Turn that idiot box on, and they all melt into lumps around it, oblivious to their surroundings.

And then there is the perennial schoolwork argument. They tell me daily that the work is too much, they can’t do it, this is too hard, yada yada yada. There are a couple of problems with said argument. First: if there happens to be a day in which they’re self-motivated to finish, they do all their work easily and in about half the time I have allotted. Second: the work they complain about is almost always something they’ve learned (I don’t assign work that they don’t know how to do). Third: any time I make something easier, it takes them only a short while to forget that is easier and the complaining begins again.

Basically, it’s a continual slouch toward the lowest common denominator. Which drives me crazy.

I’ve wondered if I’m just over-expecting. Maybe I was this unmotivated in life at this age. So I asked my mom, and nope; I was a fairly hard worker back then as well. Yes, I needed reminders and I do remember getting into trouble at various points in life for not doing my job. I was far from perfect.

And I don’t need perfect from the boys. I just want effort. I don’t want to listen to people whine and even cry over being asked to do the basics. I don’t want to hear “Come onnnnnn!!!” shouted or even growled when I lay out the expectations of the day. No joke: people get upset at me when I announce that we have to go to the store to buy food. As if going to buy food that THEY will eat is some kind of inconvenience.

The part that I dislike the most is having to break out the tough girl voice just to get them to cooperate. Is it wrong to want them to just cooperate because they know that’s what is expected? How about wanting them to aspire to be the best that they can be? I know it’s human nature to want to slouch some of the time. But all of the time?? Give me a break.

I had the battle again this morning with the younger boys. Captain Earthquake has developed a very negative attitude about his math facts, to the point that he’s talked himself out of knowing addition facts we’ve practiced for two years now. It’s completely attitudinal. But how do you explain that to a seven year old?

I’m going to ask Hubby to make me a sign in PhotoShop that says “Hard Work Never Hurt Anyone”. Then I’m going to take it to the store and have a poster made to hang in our school area. And I guess I’ll have to keep my tough-girl voice limbered up.

I am NOT going to lose this battle.

Image courtesy of GollyGforce -swamped at work til 8/15 via Creative Commons license, some rights reserved.