I’m So Glad I’m Not Her Anymore 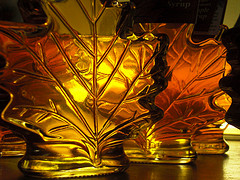 Growing up I was what many people might term a “type A” personality. On top of that, my social skills weren’t….great. Soooooooo, yea. I didn’t bond well with many other individuals. (I’m terribly thankful for the friends who were willing to put up with me. You know who you are.) I tended to be critical, perfectionist, and picky, among other flaws. If someone made a mistake or even looked like they were going to make a mistake, I felt compelled to offer correction.

Of course I was doing it to help them. Right? Well, there was that impulse. But my behavior was also grounded in insecurity, pride, arrogance, and foolishness. Oh, and I was judgmental too.

Have I overcome all these flaws? No, but I’m improving. Recognizing the problem is a good part of the battle.

One area that has improved is the amount of pickyness about things. I used to believe that all my possessions should be perfectly maintained and that no one should be allowed to touch or despoil them. If anything was damaged, there was hell to pay.

Ugh. What a burden all that care was.

There have been some robberies in a nearby town and security has been on my mind lately. In thinking about the house and its contents I was struck by the realization that there’s really not anything of value here. Well. I’m sure an enterprising individual could get a few bucks selling our stuff on Craigslist. But for the most part, we don’t have valuables or even fragile things here.

Sometimes I think that when the boys grow up I’ll buy pretty and/or fragile treasures and display them around the house. But then I think about the potential damage that grandchildren could wreak and I think, “Maybe we should wait until they grow up.”

Maybe I’ll never bother with any of that. It’s not here now, and I don’t miss it. I don’t miss worrying that boys will break a trinket or a tchotchke that ultimately can’t approach being as valuable as one of their toenails.

More importantly, I love being detached from all that worry. There’s freedom in being able to say, “Eh. It wasn’t important anyhow” or “We can fix/clean that” if something is broken or dirty.

Yes I do fuss at the boys about taking good care of their things, because I think good stewardship is important. But at the end of the day, I’m not the girl I used to be.

And boy am I thankful for that.

Earnest Parenting: help for parents who are growing.