Love and Logic Strategy of Catch Phrases Can Be Controversial 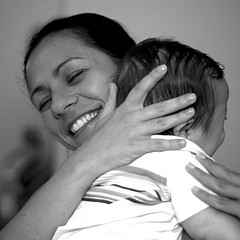 My weekly article on GNMParents (now ForeverParenting.com) went up yesterday, and I wasn’t expecting Stu to have a response. But he did. Which is great because he pushed me to really think about what I am doing and why.

From the article: Tonight though, I think I hit on what will work for both me and the kids. It’ll run something along the lines of “Oh man! That looks really difficult.” or perhaps “Dude! That’s a tough one.”

There’s more to the equation than just using the right words though. I think that not being angry is a big part of the success that Love and Logic parents enjoy. For me personally, getting to that point? Not so easy. And while I’ve attained a degree of calm in my life for now, there’s no guarantee that…(you can read the rest of Use Catch Phrases and Calm here)

Stu’s response began with: Empathy is indeed a key part of the foundation. But be real, don’t look for a canned phrase. It’ll come off as false or shallow. Kids may be less mature and less experienced, but they are not stupid. And a catchphrase comes across as a lack of empathy.

In his second comment he really got my attention with: So everything is your fault. Once you internalize that, it makes it ever so much easier to get the results you want.

What do you think?

Earnest Parenting: help for parents who want to learn from each other.