Parenting Practical Kids: How and Why to Raise Kids to Thrive Without Technology 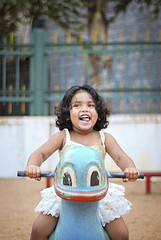 (Editor’s note: Today’s post comes from Maxine who has a great challenge for all parents. Thanks, Maxine!)

With the convenience that technology gives us, we are almost always tempted to rely on gadgets for everything we do. But while technological innovations have helped humankind to improve their standards of living, a number of these gadgets have brought added stress, negated creative and intuitive thinking, and have also made us less healthy. Nowadays, it’s so all laid out for kids – they don’t have to figure things out or solve problems any more. Here are a few things you can encourage your kids to do so they will not be completely reliant on technology:

Maxine is a dedicated mother who believes in raising children who can thrive in a variety of circumstances. She is focused to keeping herself and her family healthy mentally and physically which she feels go hand in hand. When not with her family, she works for Treetopia, a seller of artificial Christmas trees. They sell a variety of unique and inspired Christmas trees for every style.