How to Raise Multi-Lingual Children 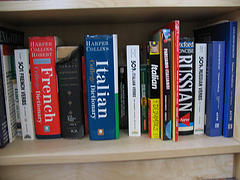 Lots of people are interested in raising multilingual children, for many great reasons. Speaking six languages myself, and four fluently, I know that being multilingual can come in pretty handy. Speaking several languages fluently increases job opportunities, makes international travel easier, and enables you to communicate with a lot more people a lot more easily.

Coming from a mixed background, I should have grown up bilingually. But because my dad suddenly passed away when I was only a year old, I didn’t. My mom didn’t speak his language, and that part of my heritage was largely lost. However, I am convinced that being exposed to multiple languages that early on helped me acquire languages much more easily later on. I’ve lived in quite a few different countries and usually end up speaking the language well, and learning quickly.

When I became a mother, I knew I wanted to pass on that knowledge, but was not exactly sure how. There are various theories on how to best raise multilingual kids. “One parent, one language” (OPOL for short) is popular, and to some extent that is what we have done in my family. In our case, this means that dad speaks Serbian with the kids, while I speak Dutch. But although Dutch was my “mother tongue”, somewhere along the line English became my preferred language (probably after living in the UK!) and my partner and I speak quite a lot of English together. We also have lots of friends in other countries with whom we communicate in English.

So, somewhere along the line, the kids picked up English just like that. The result is that we have trilingual children, who are able to comprehend and speak three languages. How did we do it? Well, we didn’t – the children did it, essentially by themselves. I do have some tips for parents who would like multilingual children, though.

Being multilingual yourself certainly helps. I am not sure how I feel about parents who speak a language poorly trying to teach it to their kids, but it is probably counterproductive. Lots of exposure to a language is key, but it should be good quality exposure. I strongly believe that, if you are not living in the country where the language you hope your child will acquire is spoken, they do need access others who speak it, in addition to the parent. Books and television help, but real people are so much better – especially if they can’t speak the child’s other language(s). If those people don’t live around the corner, skype works just fine, too!

That is how I found out my oldest picked up English, actually. She was on the skype with an American friend of mine, while I was finishing up some chore in another room. My friend asked my daughter where I was, and she answered her, in English! We were all really surprised at the time.

Raising multilingual children is an adventure you share together – one that is a lot of fun, but for which you will need quite a lot of patience. Sometimes, linguistic development will not progress in the way you hoped. That is fine, and everything will eventually work itself out. Sharing my language with my children has been about sharing my heritage more than anything else. It might be difficult at times, but it is a gift that will last a lifetime.

Earnest Parenting: advice for parents who want their children to be multi-lingual.