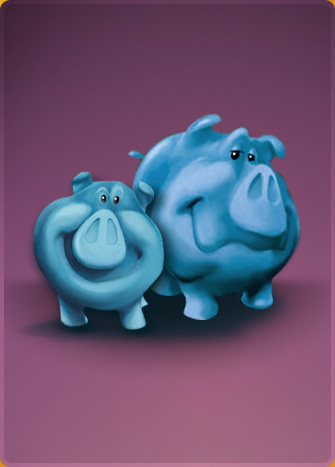 There are many moments in life when you can best teach a particular concept to your child; when they’re more receptive to your instruction. As parents, we look for those moments and use them as often as we can. Let’s face it, sometimes getting a child’s attention can be difficult these days. With so much going on all the time, they don’t always catch all the lessons we’re trying to teach.

Given all the concern we have about these uncertain economic times, it’s more important than ever to help our children grow up and handle their finances correctly. There’s so much to teach though! Managing money is not one simple skill; there are so many facets to it that you really need to be working on this concept as often as you can.

So here’s a question: What teachable moments have you had with your kids about finances? I bet you’ve already had several. Money has so many uses and is an integral part of every day life. In our house, we’ve tried to talk about it as much as possible, especially making the “debt is BAD” connection. If something comes up in conversation and the boys question it, we try to stop what we’re doing and talk about it right then, when they’re listening.

We’ve given them allowances as well. Do you do that? We’ve gone back and forth on it for years, not sure if this was the right plan. There have been changes back and forth, but mainly we’ve done an allowance tied to chores. We want them to handle money, but yeesh, paying out allowances can get expensive! All of the boys have savings accounts now. I’m not sure when to let them do checking. When they’re 16, perhaps? The accounts were opened partially in self-defense. Having cash on hand meant that every time we went to the store, the boys wanted to spend spend spend. We let them do that for a while, but they didn’t seem to make the “I’m broke and can’t get what I want” connection, partially because they were buying junky items that broke quickly. Having the accounts means they’re saving up and getting bigger ticket items. We’ll see how that works out. I think it’s individual to each boy, as they’re handling it differently already.

Have you ever tried to explain inflation to your kids? Wow, that’s a hard one. Given that boys don’t hold still long enough for me to give them the 3 hour lecture, I’ve had to learn how to distill concepts down to very simple explanations. Sometimes it feels bad to give them an explanation that’s not terribly complete, but it seems to be true that getting the vocabulary in their heads and then refining their understanding over time works. I hope.

This is why I’m so pleased to share The Great Piggy Bank Adventure from T Rowe Price with you. The good people at T Rowe Price teamed up with Disney to make an online game that helps kids play with money and gives parents the opportunity to have teachable moments regarding finances. I played the game and enjoyed it greatly! The boys were also very interested and had a wonderful time; even the 13 year olds were into it.

The super exciting news is that I am doing a giveaway in conjunction with The Great Piggy Bank Adventure! Come on back later today to enter to win a Flip Camera and some great booklets that help with the financial discussions with kids.

Earnest Parenting: advice for parents who want their kids to learn about finances.