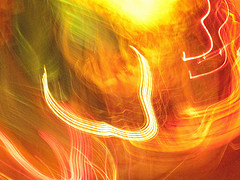 As if “parenting” your biological child wasn’t challenging enough as it is, trying to parent your new spouse’s child can be a downright struggle. According to statistics more than 65 percent of all re-marriages include a child from a previous relationship. With that said, about 1,300 new stepfamilies are created every day. But blending families can be tough. Really tough. Especially if the child fights the changes a new marriage brings.

The problem can even reside with a parent: he or she may become disenchanted because the new family does not function like the previous one. But while step-parenting can be tough, if handled correctly the feeling of a happy, “unified” family can be restored. If you are going through the transition of becoming a new step parent, below are some tips to make the process of blending a family a little easier.

1. Try to Be Understanding. First and foremost, it is highly important that frustrated step parents remember why step families are formed in the first place—they are formed because of the death of a parent, because of divorce, or because a parent walked out on them. These experiences can be very traumatic for a child to cope with, thus the child may need some time adjusting to the situation and the new person in their lives (you).

But it’s important that while giving your step child time to adjust, both you and your spouse work to develop a new family identity as a “group effort” by participating in bonding experiences and making new traditions. Don’t try to make the family function exactly like the old one—realistically someone will be let down because it won’t be exactly the same. Instead of trying to fill someone’s shoes, buy your own.

2. Get some Solo Bonding Time with your Step Child. While developing a new family identity as a group is crucial, it’s equally important that the step parent puts in effort and tries to establish a relationship with the child on a one-on-one basis as well. The child needs to know that you actually care about them as well and not just about your new spouse. So do your best to invest some time and get to know your step child’s world—play video games with him or her; take him or her to a concert to see their favorite band; volunteer to help out with a school function; visit him or her during lunch; or simply drive him or her to/from school every now and then to get some valuable talk-time. Whatever you do, make an effort.

3. Get the “You’re Not My Mom/Dad” Talk Over and Done With. While you can’t expect to form an immediate bond, it is important that you as a step parent try to establish a level of trust and respect early on. An easy way to go about this is to not talk ill of the child’s biological parent (your new spouse’s ex) in front of your step child; try not to argue with your new spouse in front of the child; and go ahead and have the “you’re not my mom/dad” talk over with. Admit to the child that you are more than aware that you are not the child’s biological parent and do not intend to replace them, however you are the adult in charge and he or she needs to follow your rules and respect you— at the very least. Explain that this isn’t necessarily because you or older, but because all of you are a family now and family members need to pay each other with the highest respect. Additional note: An easy way to receive respect is by giving it. So be a role model. As far as discipline goes, let the biological parents take care of that, at first at least.

4. Be Positive. Lastly, it’s important that you try your very best to stay positive throughout the whole transition. Even if your new kid is the Problem Child himself, don’t resort to verbalizing harsh criticism, or use of sarcasm. Also, don’t drill your step child when he or she makes mistakes (everyone makes them).

Mariana Ashley is a freelance writer who particularly enjoys writing about online colleges. She loves receiving reader feedback, which can be directed to mariana.ashley031 @gmail.com.