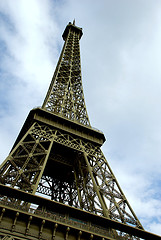 If you have small kids under the age of seven, you likely avoid taking them out to restaurants like the plague. After all, what parent wants to put up with the embarrassment of having their little bundles of joy wreak havoc, running around, screaming, playing with their food, to the disgust and disapproval of the rest of the establishments clientele? Even when not in public, many parents have problems controlling their children. One author, who spent many years in France, surmises that this may be a specifically American problem. According to her, most middle class French kids exhibit remarkable levels of self-control, which results directly from typically French parenting practices. Here’s their secret to well-behaved kids.

1. Patience is the first and most important virtue they instill in their kids.
Almost all behavior problems in young kids stem from their inability to wait. While American parents may often kowtow to their children’s demands, French parents believe in delaying gratification, even when it isn’t completely necessary. For example, when buying candy or a toy at a store, French parents will make their kids wait several hours after they receive their treat, so that they understand that the good things in life are worth waiting for.

2. French parents teach their kids to play and be content alone.
While many American parents will make obsess over parenting so much so that they have no life outside their roles as parents, French mothers and fathers seek balance above all. While they are intimately involved in their children’s lives, they make it a point to have time in which they can socialize with friends while the kids play by themselves or with other kids.

3. Their “no” command bites more than it barks.
For those of us who have particular problems controlling our children’s behavior, it may seem that you spend a large portion of your day in screaming and shouting matches. French parents, however, will hardly ever raise their voices. The trick to saying “no” to a child effectively is to say it with conviction. In other words, if you say no, say it like you mean it. If you yell at your child and give in a few minutes later, your kids will understand that you do not command authority; your bark is simply worse than your bite.

4. Children are taught the pleasures of food and ritualized meals early on.
One of the most common difficulties parents have with young children often relate to food. You may struggle getting your child to eat her vegetables, finish her food, or stay away from junky snacks. French parents adopt their own cultural attitude toward food when teaching their children. Food is first and foremost a source of pleasure. As such, French children are taught to develop a taste for all sorts of foods, but they aren’t necessarily required to finish what they eat. This method often proves to be more effective in getting kids to eat “non-kid” foods. Ritualizing meal times, in which snacks are only permitted once a day and no more, also helps in getting children to understand the virtue of waiting, and the pleasures of good food.

For more information about French parenting techniques, check out this Wall Street Journal article, which gives an excellent overview of Druckerman’s new book, Bringing Up Bebe.

Byline: This is a guest post from Jacelyn Thomas. Jacelyn writes about identity theft protection for IdentityTheft.net. She can be reached at: jacelyn.thomas @ gmail.com.