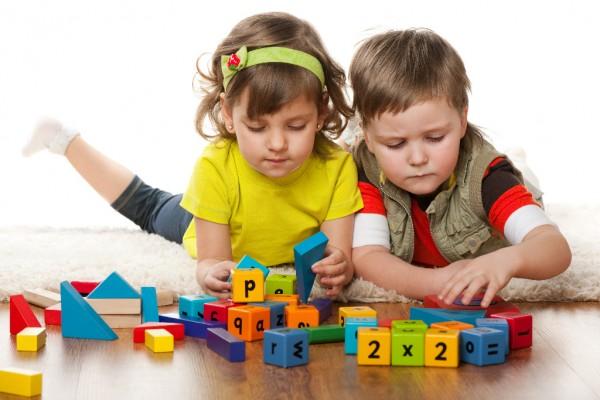 You may have heard it said before: play is the work of childhood. Does that seem like a strange statement to you? It’s true. Play helps develop a child’s imagination, and imagination is critically important in life. First of all, a child with imagination is able to consider circumstances and predict outcomes. Imagination also fuels creativity.

One of my biggest frustrations with the older boys several years back was the fact that they didn’t seem to do anything imaginary. It made communication difficult sometimes because they only seemed to deal with concrete ideas. The abstract was not easily grasped.

When the boys were roughly 3 and 7, we were at the church office one day. My desk was located right near the play area and I noticed the younger boys playing with the toy kitchen and pretending to cook for one another. I called an older boy over and pointed out what was happening. Then I asked him, “What are they doing?” His reply was a blank look and then, “Nothing.”

Later on, thankfully, the older boys started showing signs of using their imagination. I think they actually learned it from the younger ones. All four boys played the “Powers Game” every day one summer. Each one had a special super power and all sorts of intricate rules were dreamed up and implemented. I have no idea how they arranged it all. I was just thrilled to see the imaginary play.

There are things you can do to help develop imagination. For starters, play some pretend games with your child. By taking the lead and setting an example, you can lay a solid foundation for him. One of my favorite television commercials right now is the one with the mom and kids going through the carwash pretending they’re underwater. Brilliant!

If you’re like me and you suck at imaginary play, go ahead and use some props. It’s completely acceptable to use toys, for example. Depending on your child’s age, there are plenty of options out there. I have fond memories of playing with the Fisher Price Little People when I was young. There was an airport, car park, and camper truck that kept me busy for hours on end. When the boys were little, we played with the updated versions that were just as much fun. I know there were boulders involved; what boy doesn’t like to crash their toys with plastic boulders?

Girls might not be as fond of the whole boulder thing, but baby dolls are usually entertaining. (Of course, boys can play with dolls too…I’m just commenting on general trends.) A Baby Annabell doll is a great prop for any child who wants to play house or practice their nurturing skills early in life. The classic tea party is often attended by several of a girl’s favorite dolls and stuffed animals. What a great way to interact with your daughter! She can cook up a sweet treat to serve along with the tea (there are plenty of plastic toy foods perfect for this occasion), and all you have to do is show up and play along.

Earnest Parenting: help for parents who want to be creative with their children.