Tips for Getting Your Kids to Go Green 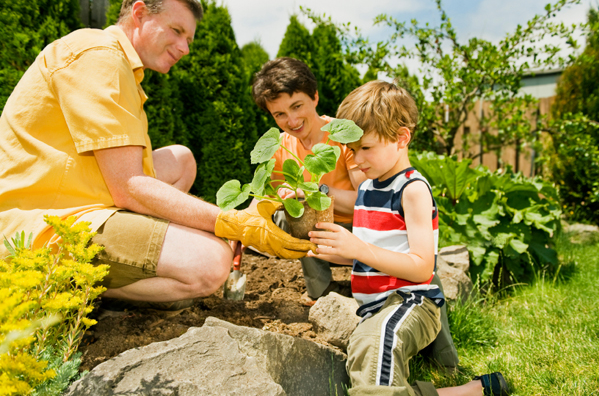 Most kids probably aren’t all too interested in “going green”. In fact, they probably don’t even have any real idea what that means. However getting kids interested in a green lifestyle early on is one of the best ways to ensure that these become habits that stick with them throughout their lives. If you’re looking for ways to get your kids interested and involved in going green then look no further:

1. Have a challenge
A little healthy competition is good for everyone. Challenge your kids to see who can collect the most recyclable materials each week and have bins for each child where they can toss in their recyclables. At the end of each week do a tally for who has the most and give that child a small reward. This will encourage them to be more mindful of setting recyclable material apart from trash.

2. Lead by example
You can’t expect your child to be interested in doing things like recycling or turning off the lights every time they leave a room if you aren’t also doing the same. Set an example for your children by telling them what you’re recycling and why you’re recycling it, or by turning off the lights and shutting down electronics as soon as you’re done instead of leaving them running. They’ll be much more likely to engage in those activities if it’s something they see on a daily basis.

3. Make it fun
Find different ways to make being green fun, such as letting the kids take food scraps and dump them in the backyard compost bin – they’ll love getting to throw their food outside! – or by seeing who can shoot the most paper balls into the paper recycling bin. If being green is a sort of fun game then they’ll be more likely to want to keep on doing it.

4. Assign tasks
Put each child in charge of something, such as making sure that all of the electronics are shut down each night, making sure that no one throws aluminum cans into the trashcan, and making sure that there are no paper products in the various personal trashcans throughout the house. Give them a sense of responsibility so that they feel in control and important carrying out each task.

Learning to live a green lifestyle shouldn’t be a chore; it should be a way of life. Learning while they’re young is a great way to get kids pumped up about the green movement, which is something that will only benefit them for years to come.

Author Bio
This Guest post is by Christine Kane, a graduate of Communication and Journalism. She enjoys writing about a wide-variety of subjects including internet providers in my area for different blogs. She can be reached via email at: Christi.Kane00 @ gmail.com