Parents Can Develop Skin Conditions Too 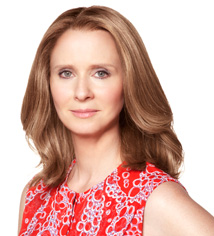 Did you know that over 16 million Americans suffer from rosacea, a vascular condition caused by inflammation with symptoms that include facial redness, pimples and eye irritation? Yet only 10% of sufferers are being treated.  Vascular means that it’s related to the blood cells.  It’s not a simple skin condition like acne. The National Rosacea Society and Galderma Laboratories have a campaign to raise awareness on the importance of recognizing the signs and symptoms of rosacea. As part of Rosacea Awareness Month, award-winning actress Cynthia Nixon (best known for her role as Miranda Hobbes in HBO’s celebrated series, Sex and the City) starred in an online public service announcement that shines the spotlight on this little-known skin condition.

As an actress who is always in the public eye, Cynthia knows how dealing with the symptoms of rosacea can be embarrassing. For the first time ever, she is sharing her personal experience with this common yet often undiagnosed skin condition.

If you’re in your 30’s and suddenly look like a teen again with acne, it can be frustrating.  And embarrassing.  Acne treatments aren’t going to solve the problem.  And hiding away won’t help either.  It’ll just cause you to miss out on great moments with your kids.

Rosacea can be treated.  Check out what they say at the rosacea facts site for more info.