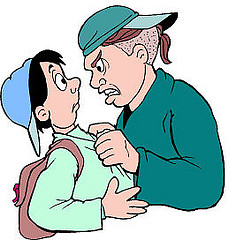 I was contacted recently about a new movie that’s coming out called Hello Herman.

Here’s the plot summary: Set in the not so distant future, in Any Town USA, sixteen year old Herman Howards makes a fateful decision. He enters his suburban school and kills thirty nine students, two teachers, and a police officer. Just before his arrest he emails his idol, famous journalist Lax Morales, sending him clips of the shootings captured with Herman’s own digital camera. In the clips Herman tells Lax, “I want to tell my story on your show”. Lax, haunted by his own past, is now face to face with Herman. The movie explores why and how a massacre like this can happen in our society, desensitizing in America, youth violence and bullying, the impact the media has on our individual quest for fame, and ultimately our need for connection.

If you go to the Hello Herman site, you can view a couple of trailers for the movie. Super important warning: these should not be watched in the presence of young children or the tender-hearted. This movie is an exploration of what could cause a boy to commit such a violent act. I did watch two clips, and found them both compelling and disturbing. Will I go see the movie? I’m not sure. Only because I just don’t know if I want to see such intense images. I will ponder.

My hesitation over watching the movie doesn’t mean that I take bullying lightly. On the contrary. The more we can do to teach our children to treat other humans with love and respect the better.

I will admit that I have been skeptical of the attention being paid to bullying over the past couple of years. Again, it wasn’t because I discount the impact of bullying or the importance of stopping it. Rather, I wasn’t so sure that all the attention would translate to any kind of positive action.

Happily, I was wrong.

You may have heard about Whitney Kropp, the sophomore at a high school in West Branch, Michigan. Whitney was nominated to the school homecoming court as a joke by students who didn’t like her. It was a cruel prank.

When the story got out, the little town took action. I don’t know why this particular episode struck a chord, or why so many people stood up to say “Enough”. But say it they did. Whitney’s dance took place a few hours before the writing of this post, and from what I can tell it was a complete triumph. The Support Whitney Facebook fan page has over 112,000 likes.

Instead of spending a tortured evening at home alone and humiliated, Whitney appeared on the football field tonight. Triumphant.

We need to create that experience for more souls who are hurt by cruelty.