In His Stead – The True Love of a Father 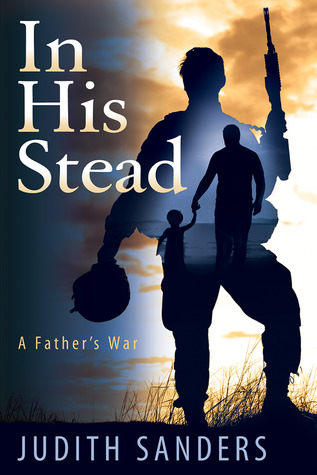 In His Stead, a book written by Judith Sanders, is a story about a former soldier who’s lost one son to war and is facing another son’s deployment. Rather than let his child go into harm’s way, Thomas Lane chooses to go in his place. His actions are based on a Civil War-era law that allowed individuals to send someone in their stead to fight.

I have no battle experience, so can never truly know what soldiers endure. That makes my opinion…less important in some respects. As the mother of 4 boys though, I wouldn’t be surprised to have one or more of them join the military someday. It’s something I think about quite frequently.

There are some pretty strong anti-war sentiments in the book. I wasn’t sure how to take that because it wasn’t clear where the author was going with it. Eventually though, I decided that at the base level of things, we should all be anti-war. Does this mean I think we shouldn’t fight? No. I can’t just say “I’m not going to fight you” and expect my enemy to say, “Oh, okay!” and go home.

If, however, the whole world decided that war is evil and stopped fighting that would be a beautiful thing.

Another point that the author makes a few times is that young people go into the military for financial reasons. She kind of hints that the soldiers are victimized and has one character suggest we re-impose the draft in this country. I do object to that. I don’t think soldiers would see themselves as victims. On top of that, the education and socio-economic status of our soldiers is higher than you might think. I haven’t looked at it in a few years, but there was a study a while back showing that overall, our military is very balanced in terms of race. Most soldiers are more educated than their peers (90% have a high school diploma), and they’re also quite balanced in terms of rich vs poor.

One of the biggest themes in this book is sacrifice, second only to love. The characters are compelling and the story is well-written. Once you pick it up, you won’t want to quit until you get to the end and find out what happens to the Lane family. I do recommend this book.

I don’t know if you’ve ever finished a movie that made you cry and then said to yourself, “Stupid movie. Made me cry.”

Stupid book. Made me cry.

Go get it. You can find it in bookstores in November 2012.

Earnest Parenting: help for parents who think about things like love and sacrifice.