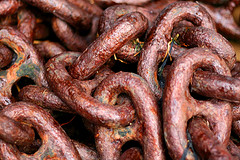 Welcome to the October 28, 2012 edition of parenting link roundup. Carrie Dotson presents 10 Family-Friendly Apple Themed Ideas posted at Summer Nanny Jobs, saying, “Fall has finally arrived, and that means its apple season! There’s no better way to enjoy this time of the year then to do things that honor this seasonably delicious fruit.”

Anne Laurie presents 30 Blogs with Peanut-Free School Lunch Ideas posted at GoNannies.com Blog, saying, “Whether your child has their own peanut allergy, attends a peanut-free school, or sits at a designated peanut-free table in the cafeteria, finding school lunch options that don’t include this highly allergenic kid-favorite is a difficult, albeit necessary, part of the lunch packing process.”

Hannah Anderson presents A Child’s First Sleepover posted at Full Time Nanny, saying, “Whether you’re hosting your child’s first sleepover with a group of friends or sending her over to a pal’s house for her first overnight play date, making sure that the event goes off as smoothly as possible depends largely on your ability to prepare yourself and the children involved for the event.”

Michael presents Teaching Teens About Money posted at FinancialRamblings.com, saying, “Our oldest son recently started high school, and I’d like to start teaching him the basics of investing. Here’s how I’ll know when he’s ready…”

Sarah Tucker presents 10 Reasons Why Nanny Employers Should Hold Weekly Meetings With Their Nannies posted at 4Nannies, saying, “While setting aside time each week to meet with your nanny may seem like overkill, it actually can be quite beneficial to your working relationship.”

Molly Cunningham presents 5 Things to Teach Your Child About Riding the Bus posted at Live-In Nanny, saying, “When the time comes for your little one to begin attending school, it can be heart-wrenching to watch his tiny little form clamber up the steps of the massive school bus, knowing that he’s growing up no matter how much you may not want him to.”

Maureen Denard presents All You Wanted to Know About Quilling posted at Nanny, saying, “Quilling, also known as paper filigree, dates back to the 18th century and is, by definition, the art of rolling strips of paper and gluing them into shapes for decoration. The intricate process gets its name from the tool that is used to roll the strips, which is appropriately called the quill.”

Carol Watson         presents 5 Practical Topics Nannies and Employers Should Discuss Before the Job Starts posted at National Nannies, saying, “In the midst of hiring a nanny, skipping over the discussion of some practical details can occur. While every possible situation that the nanny and parents will encounter can’t be addressed in advance, there are some that can.”

Martina Keyhell presents Simple Steps to Help Kids Develop Helpful Study Habits posted at Become A Nanny, saying, “Teaching a child good study habits will not only make homework time easier, it will also help him earn better grades. Study skills are a foundational skill for school success, and what they learn in lower grades will serve them well for years to come.”

Abby Nelson presents 10 Ways to Scare Away a Good Nanny posted at Nanny Classifieds, saying, “So you’ve found the perfect nanny for your family and are ready to begin your nanny employer relationship. The hard work is over, right? Wrong. Like any relationship, the nanny and employer one will take a focused effort to build and maintain.”

Sophie Leake presents 9 Lessons to Learn at the Pumpkin Patch posted at Au Pair Care, saying, “As harvest time approaches and the heat of summer gives way to the cooler weather of fall, family outings and school field trips to pumpkin patches and apple orchards become more and more common.”

Meghan Welker presents 10 Foods to Think Twice About Before Giving to a Toddler posted at Babysitting, saying, “When your child begins to eat solid food, it’s important to remember that just because his palate is expanding, there are still a variety of foods that aren’t suitable for him to eat at such a young age”

Jean Oram presents Lenore Skenazy is Not Crazy posted at It’s All Kid’s Play, saying, “You may think Lenore Skenazy is crazy for charging New York City parents $350 to not supervise their kids in a central park playground. But this post tells you all the reasons why this might actually be the best thing to happen to your kids.”

Maryanne Williams presents How to Choose a Nanny to Share with Another Family posted at Share a Nanny, saying, “If you want to hire a nanny, but just don’t have the room for doing so in your budget, you may want to consider sharing a nanny with another family. This is a great way to hire a high quality caregiver at a price that fits your childcare budget. So what should you look for when deciding on a nanny?”

Tina Marconi presents Separation Anxiety in Kids Who Attend Daycare | Babysitters posted at Babysitters, saying, “When a child first begins attending daycare, especially if she’s between the ages of eight and 18 months old, the transition can sometimes be a difficult one. During this period of development, healthy babies begin to gain a sense of selfhood, realizing that they are an entity separate from their primary caregiver.”

Joe Taylor presents 10 Things Parents Do That Drive Their Nanny Crazy and What They Can Do About It posted at Live Out Nanny, saying, “While a lack of respect will surely drive most any nanny crazy, there are a few other things parents do that could also cause their nanny to bang her head against the nearest wall. Fortunately, for everything a parent does to drive her nanny nuts, there is a simple solution or two that can be used to stop the problems that are occurring.”

Sharon Moore presents 30 of the Best Blogs About Saving for Private School posted at Nanny Jobs, saying, “Whether the appeal is based on smaller class sizes, higher educational standards, or spiritual instruction, some parents view a private education as a non-negotiable expense when it comes to the care of their children. Depending upon the area and the focus of the school, however, tuition can be quite pricey.”

Brittany Martin presents What Parents Should Know About Nanny Certifications posted at Nanny Interview Questions, saying, “Most people assume that there are some basic requirements for working as a nanny, however that isn’t actually the case.”

Steve Jackson presents 10 Creative Storage Ideas for Kids’ Rooms posted at Housekeeping, saying, “From the time your child is born until the day she moves out of your house, storage space in her bedroom is likely to always be at a high premium.”

Denise Thompson presents Separation Anxiety in the Early Elementary School Child posted at Find A Babysitter, saying, “Separation anxiety is a common occurrence in young children just beginning school, especially those that have never attended daycare or been regularly left in the care of a childcare provider outside of the family.”

Brittany Harris presents How to Help Your Kinesthetic Learner Do Better in School posted at NannyPro.com, saying, “Children who are kinesthetic learners learn best when they are moving, which can become a problem in classrooms where students are required to sit all day”

Daniel Long presents How to Train a New Nanny | Hire a Nanny posted at hireananny.com, saying, “Bringing a new nanny into your home to care for your children, whether it’s her first post or fifteenth, will require some level of training and a period of adjustment. Regardless of her experience in the private childcare field, even the best nanny is largely unfamiliar with the way that your individual household runs, the rules with which you keep order and the needs particular to your family alone.”

Kaylee Adams presents 30 Blogs for Stay-at-Home Dads posted at Find A Nanny, saying, “In June of 2012, Fox News reported that the number of stay-at-home dads had more than doubled over a 10 year period, according to U.S. Census data.”

Cherry Liu presents How to Save Money at the Grocery Store posted at House Sitting Jobs, saying, “While the American economy is still struggling to rebound, a record-breaking Midwestern drought threatens to drive food costs even higher through 2013.”

Kevin Giffin presents How to Make Your Own Dog Biscuits posted at Summer Nanny, saying, “If you are like most dog owners your 4-legged friend is part of the family and as such you might want to make him some treats.”

Jocelyn Scott presents How to Handle False Accusations About Your Nanny posted at Nanny Background Check, saying, “Allegations of abuse, misconduct or illegal activity can be very damaging both to your nanny’s reputation and to the level of trust that you have in her.”

Kimberly Sanberg presents Where to Travel with Kids: From Babies to Teens posted at Go Green Travel Green, saying, “Family travel can be an incredible way to bond with your kids, show them the world, and escape from the hustle and bustle of life at home. But traveling with kids is very different than traveling with other adults, and if you pick a destination that’s not age-appropriate, your vacation could go downhill quickly. Don’t worry, though: we’ve got you covered. Our four-part series provides helpful family vacation planning tips and great destinations for travel with kids of all ages, from babies to teens.”

Theresa Torres presents Tips for dealing with Financial Woes as a parent posted at Comments for | Becoming you, saying, “It can be hard to decide when to talk and what to say to your kids about your financial situation. Here are some tips on how to deal with this important issue.”

Lena Ameri presents Why Time-Out Isn’t Working – Liveit! Magazine posted at Liveit! Magazine, saying, “Time-out has become an extremely popular child behavior management technique. However, many parents can attest that it doesn’t always work. From a behavior therapist, here is why it isn’t working and how to make it more effective. Article includes a short quiz to test what you’ve learned!”

leah aharoni presents Breastfeeding: Is it Right for Everyone? posted at Ingathered.

Olivia Lewis presents The Nanny State posted at Nanny News Network, saying, “When Michael Bloomberg, the mayor of New York City, announced that residents of the Big Apple would no longer be able to purchase sodas or sugary drinks in sizes over 16 ounces, the controversy his statement stirred up carried more than a few murmurs alluding to the “nanny state.” While this disparaging and derisive term is one that originated in England,……………..”

Earnest Parenting: help for parents who want a lot of resources.