Parents Should Avoid These 8 Mistakes 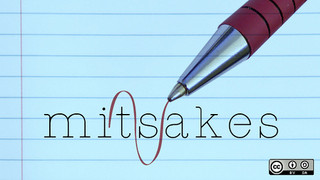 As parents, you probably already know that you’re not perfect. While you can do everything that you can to make your child happy, you have to realize that mistakes do happen. Instead of avoiding these mistakes and keep on doing them throughout life, it’s important to know the impact that some of these mistakes may have on your child. To give you a better idea what mistakes many parents make, here are eight that many are guilty of:

#1 Losing their Temper
We’re all guilty of losing our temper, but how do you deal with it personally? If you snap at any given moment, you may want to second guess your parenting skills. The next time you get out of control, try to take a deep breath and count to four.

#2 Yelling
While yelling may seem like something that works, it doesn’t! The next time you feel like yelling at your child, consider telling them what’s wrong in a stern voice. As long as you get the point across, your child will start to understand.

#4 Being a Friend
Many parents think that in order to be a good parent, they have to be their child’s friend. What most don’t realize is that a parent has to responsibility of their child’s action. So if your son or daughter wants to go out and stay out late, it’s best to say no and not say yes to make them happy.

#5 Allowing Bad Habits
Bad habits can take over most of us, but if you’re catching your child in the act of bad habits such as smoking or poor school grades, it’s so important that you take care of the problem immediately. By doing so, it can help guide them away from unnecessary behaviors.

#6 Don’t Act
A parent that doesn’t act on their discipline can often be taken advantage of by the child. The next time you say they are going to be grounded or get a timeout, it’s best that you do it and don’t let it slide. That way, the next time it happens, they know that you’re serious.

#7 Avoid Being the Doormat
This kind of coincides with the “being a friend.” One of the worst things that you can have happen to you is when your child walks all over you. If your child is walking all over you every day, it’s time to put your foot down. You have to remember that you’re running the household, not them. If things start to get out of control, you never know what path your child may take.

#8 Bribes
If you’re finding that you have to bribe your child to do everything around the house, it’s probably best to stop because things are just going to get out of control. Each time dinner or chores roll around, they are probably going to expect something in return.

This was a post provided by Hannah Munson, who runs How Much Is It? – A resource helping you find out what things cost.

Earnest Parenting: help for parents who want to get it right.