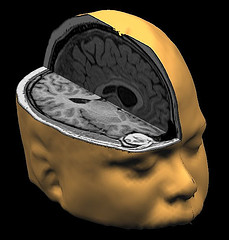 I listened to an interview with a professional baseball player, a pitcher who said his job was to work only in the seventh inning. Not the sixth inning, not the eighth or ninth; no, if he didn’t pitch just that one particular inning, he claimed, “I don’t know my role.”

I read an article about a man who repairs elevators. Not escalators or any other mechanical contraption, just elevators. Furthermore, his job focuses on only the door mechanism; not the control panel, the pulleys, the brakes, or any other portion of the elevator. Just the part that opens and closes the doors.

We’ve become a nation of specialists, to the extreme. We don’t learn a variety of skills, we learn one, and then find ways of refining even that one talent down to a thin degree of specialty.

I’m beginning to wonder if micro-specializing in life is a good thing or a bad thing. Are we wedging today’s students into smaller and smaller intellectual spaces, asking them to focus on one area of their education at the expense of a more well-rounded approach?

Students are often tested early in life, and a plan subsequently laid out based on the results. If Ashley displays strong language arts skills, let’s prepare the sixth grader for a life based on words. When Aaron shows a propensity for math, he must become an engineer or scientist.

The problem, as I see it, is that we have millions of college graduates who specialized in one particular area – indeed, many began their narrowly-focused approach in high school or earlier – and who now have reached a point where there are no jobs to be found in that arena, or they no longer have an interest in it.

But they know no other path. They’re stuck in the seventh inning.

Our poster boy should be Leonardo Da Vinci. Most of us know him for his paintings and sculptures, but that barely scrapes the surface of this man’s talents. When you look him up on Wikipedia, for example, you find that he was a “painter, sculptor, architect, musician, scientist, mathematician, engineer, inventor, anatomist, geologist, cartographer, botanist, and writer.”

Today we likely would scold him for setting down his paint brush and not focusing.

Obviously we demand certain specialists in our world. I hope that the woman about to perform brain surgery on me has honed her specialized skills to the highest degree, and I’m grateful for the chef who practiced for thousands of hours in order to prepare that killer meal. I get it.

But for life in general, aren’t our kids better off exposed to a wide range of interests, subjects, and hobbies? I played baseball, football, and basketball as a kid; today that’s extremely rare. My friend’s daughters play volleyball year-round. Year-round! They miss countless social events and other experiences because they practice every single day in the fall, and then four to five days a week the rest of the calendar year. An enormous chunk of their most impressionable years are spent inside an echo chamber of bouncing balls and squeaking shoes.

If you want them to be good, parents are told, this is the necessary commitment. In fact, the only commitment. It’s probably no coincidence that young people today often whine about being bored.

Whether it’s athletic endeavors, academic pursuits, or hobbies, the world today is all about the specialist. Pick one thing, focus only on that, and hope that it satisfies all of your intellectual and elemental needs. But . . . how can it?

There’s an old expression, Jack of all trades, master of none. But who’s to say that a Jack or Jill of all trades can’t be pretty spectacular at several, a la Da Vinci? And won’t they feel more fulfilled having dabbled in many? When I’m old and gray I know that I’ll appreciate the entire spectrum of interests that I developed through the years, and feel gratitude that I learned a little bit about a lot of things.

What do you think?