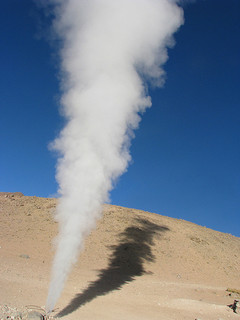 There’s a standard observation about young people that’s tossed around with great frequency, one that’s generally assumed to be true . . . and yet it’s one with which I strongly disagree.

The mantra is: Kids are so different today.

I don’t think so. I think we did the same things they did. We explored our individuality. We learned to be social beings. We questioned authority. We thought we were smarter than our parents. (Oh yes, we did.)

But our parents did the same thing, and, believe it or not, our grandparents did, too. And their parents.

The difference today is not with the kids themselves, but with the tools at their disposal. Those tools add a complex element to the already-difficult teenage years, especially in the area of peer pressure.

Think about the world of adolescent peer pressure back in the pre-gadget era. We had a handful of close friends who influenced us, along with a somewhat-larger crowd at our school. Maybe – just maybe – we might run into a knot of other kids in town, kids who gave us a brief glimpse at life ‘over there.’

Otherwise we rarely were influenced from the outside, unless it was something on television. My sister watched American Bandstand, not for the music or to learn new dance steps. No, she studied the kids on the show, checking out their style, wondering if it was something that would play in our hometown.

Things moved relatively slowly. If we were influenced to change our behavior, it was usually by a small group of kids right under our nose.

Now fast-forward to the gadget world. Peer pressure has grown exponentially. Where a knot of students might once have lived a somewhat cloistered life, rarely exposed to trends and attitudes outside the perimeter of their community, your teenager today faces an onslaught of social influences.

That deluge has two complicating factors. For one thing, the influences come from literally millions of other kids. Social media has created a network of rapidly-changing styles and behavioral patterns, a network that channels – unfiltered, I might add – countless messages through a spiderweb of connections.

Secondly, those changes are instantaneous. Whereas it might’ve once taken weeks, months, or even years for attitudes and opinions to ripple across the country, today’s peer pressure comes in a click. Just that fast. Influences that might concern you the most are upon your kids – possibly from across the country – before you finish reading this sentence.

That’s not to say that positive influence can’t spread as quickly. But realistically, in terms of the pure number of hits, it’s the troubling or downright dangerous forms of pressure that are the most likely to impact a teenager today.

I’m not a technophobe; you’ll find me on multiple social-media platforms. But I’m conscious of how today’s young adult can be overwhelmed by a tidal wave of immediate social input. It seems that a fourteen-year-old can barely become comfortable with one style or attitude before she’s spun around to look, think, or act another way. An occasional media time-out might allow her to test-drive some feelings for a bit longer than usual . . . if only she grasped the concept of a time out.

So what can you do? You can establish a solid foundation at home that provides a ‘real world’ alternative to the flood of potentially negative influences your kids will inevitably encounter. Unlike our generation, they’re acclimated to non-stop feedback and comments; they know no other world. But being grounded – through people they know and trust – can help them to filter out the noise, and allow them to contrast and compare the messages.

In other words, you’re an antidote.

Peer pressure is one of the most powerful forces on any young person. It influenced our grandparents, our parents, and us, pushing us to follow a crowd that we might not have necessarily agreed with. Today’s teen has barely enough time to swim in a particular emotion before it’s swept away and replaced with the trend-of-the-minute.

Just something to consider when you see your son or daughter in their familiar gadget trance.

Earnest Parenting: help for parents who want their kids to deal well with peer pressure.