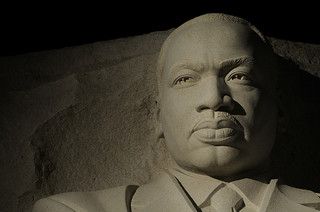 We’re a nation of dreamers, and that’s a good thing . . . but only when the second part of the equation is included: the action.

I don’t remember ever being told as a kid to “follow my dreams.” I recall hearing advice to work hard, along with encouragement to keep trying and to never give up.

Today, however, there’s a constant refrain, and young people hear it over and over again: dare to dream. It’s good advice, as long as it doesn’t stop there.

Each year in January we hear clips from Martin Luther King, Jr.’s “I Have a Dream” speech, and we’re emboldened by his vision. But King didn’t just utter words of empty hope; he backed them up with action. While certainly not a perfect man, King rolled up his sleeves and did the hard work necessary to make his dream a reality.

When we encourage young people to dream, we’re enabling them to set ambitious goals and to challenge not only themselves, but each other. Those are important elements in the education and the development of students. And yet it’s critical that we simultaneously teach them to go beyond that first step.

They’ll discover that we sometimes outsource dreams and action. In May of 1961, President John Kennedy expressed a vision shared by millions of Americans, one of successfully landing an American on the moon. That dream was then implemented by thousands of brilliant and hard-working men and women, culminating in 1969 with a dream fulfilled: human footprints left on the lunar soil.

Steve Jobs is another familiar example. His dreams, while often shared by others, were the ones that made it to the market because of his iron-willed (though sometimes tyrannical) dedication to action, from himself and from his team. We’d have no iPhone or iPad today if he’d sat around merely daydreaming.

Emmeline Pankhurst, one of the early activists for women’s rights, organized and challenged women in the 19th century. We’d be wise to teach our kids one of her mottos: “Deeds, not words.”

In reality, the two components are equally important. Dreams without action are but wisps of fantasy; action without dreams often result in spinning wheels. Students today are fed an abundance of advice on following their dreams, but too many skip past the “follow” portion of the equation.

As is often the case, the lesson can best be taught through examples. The good news is that examples lay scattered throughout all fields of endeavor, whether it’s academics, the arts, athletics, politics, or human rights. History is filled with people who dreamed big, but who also put those dreams into action.

Imagine how much better off our grandchildren will be when our children put as much effort into fulfilling their dreams as they do in coming up with them.

Now that your kids have had a day off from school because of one great man’s courageous stand, talk to them about how King’s dream – and our own – can be realized only when we act. They’ve heard the speech; it’s time now to talk about the other half of the equation.

Earnest Parenting: help for parents who want to encourage action.