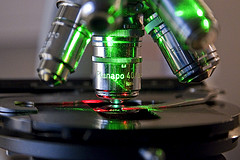 The U.S. Food and Drug Administration recently approved a study in children with autism that evaluates whether a child’s own umbilical cord blood may be an effective treatment. The study comes at a time when parents need hope the most. It’s believed that environmental factors, along with genetics  (and unknown immunologic factors) play a major role in the development of autism. Some theories suggest that connections between neurons or nerve cells are to blame for the disorder. If this is true, stem cell therapy may be able to treat or possibly cure the child.

How Stem Cells Work
Stem cells are the building blocks of the human body. They are able to dividing for long periods of time and are “unspecialized” cells. At birth, every human being starts out as a collection of stem cells in the embryo. Unlike a regular cell, which is only able to replicate itself to become more of itself (i.e. heart cells can only divide to become more heart cells, liver cells can only divide to become more liver cells), stem cells are able to become any one of the 220 different cells in the human body. These cells can also self-renew in the sense that they may reproduce themselves over and over again.

Why Stem Cells Might Work
If autism is indeed caused by nerve damage, then stem cells would be able to regenerate such nerve cells and effectively cure the child. This would be an incredible feat and give both the parents and child the life they deserve.

Researchers want to discover whether the stem cells therapy helps improve language and behavior in the affected children. The study is only comprised of autistic children whose autism is not linked to a genetic syndrome of any type of brain injury. Though this is a controlled study, with a placebo group, all children will eventually receive stem cells.

If the stem cells do indeed help, it will pave the way for further research. Since stem cells have already been successfully used to treat some cancers and immune disorders, its efficacy in immune system problems has already been demonstrated. Why is this important for this study? Well, some children with autism have had spinal fluid and brain tests that indicate immune problems. If those problems can be fixed, it might help further explain the illness and how stem cells can help other – related – disorders.

There’s Still No Proof
It’s important to note that there is no solid evidence that the study will result in a positive conclusion. Researchers just don’t know what will happen to the children in the study. The news media is often quick to report on new findings that sound hopeful, but there’s often a significant lag between studies and a working therapy that’s widely available to the general public. Also, not every finding is applicable to all patients. Finally, you just can’t rush good science. It takes time to perform the studies, form conclusions, verify results, and make sure that you’ve actually proved something.

Aaron Trussell is a health research scientist. His articles mainly appear on family health blogs and perieodicals where he enjoys sharing his findings.