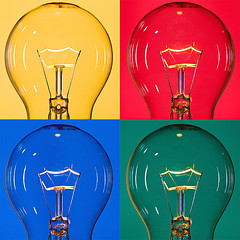 The question has become an inside joke amongst writers who visit schools and speak to students about the craft. Every writer has been asked hundreds of times, to the point where we’ve each now perfected an answer.

Where do you get your ideas?

It’s a question with an almost magical quality in the minds of many students, because it implies that there’s some mist-covered supernatural dimension where writers pluck shimmering, ripe thoughts from the mystical Idea Tree.

And, to be fair, I think some writers encourage this fantasy. They enjoy the aura that surrounds “the artist,” one step removed from wizardry and the awe that accompanies it. It somehow endows them with a minor celebrity status: She Who Is Able To Conjure Insight From The Fabled Tree of Ideas.

It’s a charade that damages students. Suggesting to young minds that harvesting ideas requires passage to a mystical netherworld places the concept of writing on a pedestal that seems out of reach to the average student, and therefore not worth attempting.

If we want to foster writing in young people – which ultimately, by association, boosts reading – it’s important to pull back the curtain which shields the fraud of the Great and Powerful Oz. Published authors have no more access to the Idea Tree than middle school students. The difference is that your average teenager spends his day listening to someone else’s ideas rather than his own.

Ideas are not magical creatures; I’m convinced that every five-year-old is bursting with them. And yet over the next few years that child is somehow conditioned to believe that story-telling is the domain of only a select few. She becomes a passive listener, and then loses interest altogether, lost in a sea of fellow spectators.

Peter Bregman, writing for the Harvard Business Review, suggested that boredom plays a part in the creative process. I concur, especially when Bregman states that boredom allows our minds “to wander, looking for something exciting, something interesting to land on. And that’s where creativity arises.”

Today, kids aren’t allowed the luxury of being bored.

This generation is over-stimulated to the max: faces continually lit by tablets and smartphones, non-stop texting and social media exchanges, along with the ever-present earbud that streams endless music from dawn to dusk. It’s a generation that rarely unplugs.

That means they’re inundated with other people’s ideas all day. There’s no quiet reflection where their own ideas can ferment; they’re too busy swimming in borrowed creativity to explore their own.

This is not a rant against electronic devices. I own plenty of them myself. But I unplug from the matrix and tap into my personal Idea Tree, too. I allow the creative juices in my mind to bubble up from the depths after being suppressed by a thick layer of noise. Without making it seem like punishment, we need to occasionally unplug the students in our sphere and allow them the chance to explore their individual ideas, rather than the group-speak they’re accustomed to.

So when students ask me to reveal the secret realm of ideas – perhaps hoping to grasp the special code that will grant them access to the Emerald City of Writing – my answer is, “I get my ideas from exactly the same place you do.” And I tap my temple. “You have as many ideas as I do, and they’re just as interesting as mine. Shut off the outside world and allow those ideas to be heard. Then twist them into the shapes you enjoy.”

Their faces always say it all. By tearing away that mystical curtain and exposing the fraud, I’m sure that many of them go home and tap out the first few lines of the story or poem that’s been drifting through their sub-conscious mind for weeks.

All they need is a gentle reminder: The Emerald City was a dream.

Earnest Parenting: help for parents who want their kids to think creatively.