Building a Better Student: What If? 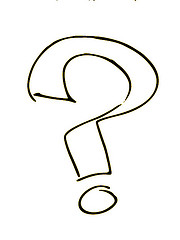 Think about how many life-changing innovations came about because of two simple words: What if?

What if there was a way to keep food from spoiling while we moved it from production line to household? Result: refrigeration.

What if we could mass produce these writings instead of copying everything by hand? Result: the printing press.

You could probably take it back hundreds of thousands of years, when someone wondered about harnessing fire in order to keep warm. We know the result of that (with a bonus that included cooked food).

The simple process of imagining change has elevated our species throughout the years, taking us from a fearful existence on the African plains to the point where we’re now exploring alien worlds with mechanical contraptions.

“What if?” might be the two most powerful words ever strung together. Writers use them to develop ideas that become novels to move us or speeches to inspire us. Designers use them to visualize great buildings, great cities, or dazzling digital empires. Scientists use them to extend our capability to wonder.

As a parent, those same words can open pathways of exploration for your kids that you – or they – never before considered. It’s funny, but we initially only see our children as little versions of ourselves; frankly, we’re astonished when we realize that they’re on the brink of becoming a functioning adult.

By the time they’re teenagers it’s important for them to recognize the concept of consequences. That’s where the ‘What if?’ is followed by ‘Then . . . ’

The beauty of the question is the wide spectrum of answers that open up behind it. When I speak at schools about creative writing, one of my favorite exercises involves what I call an Idea Circle – it’s not my invention, but it’s a terrific visual aid for young writers.

The Idea Circle is based on the concept of What If? Because for every spoke that radiates from the center of the circle there’s a consequence; for every tidbit of action that you create in your story there’s an effect. A familiar example is the Choose Your Own Adventure series; students essentially are playing What If? in order to create their own outcomes.

Well, the spectrum of possibilities is wide in life, too. Before long your kids will be dealing with more important issues: What if I choose to take this job? What if I move to this town? What if I marry this person? We sometimes think only of the action, and ignore the potential reactions, because it’s too easy to ignore consequences. Exhibit A is smoking.

The last thing we want to do is overwhelm young people with the weight of the world. We want them to be kids! At the same time, however, it’s important to teach them the practice of connecting the dots so that they’re prepared when real life does begin to encroach. Fun discussions in the car on the way to school might be all it takes. Play the What If? game and you’ll begin to get an idea of how they process information.

You’ll also lay a foundation for their own visualization technique, which is a wonderful muscle to exercise. What if we’d all practiced it a little more when we were young?

Earnest Parenting: help for parents who want their kids to explore possibilities.