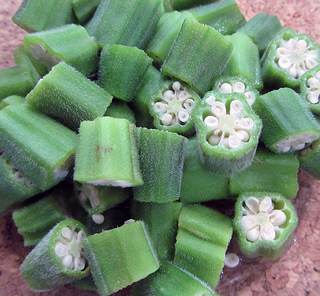 It was the lunch hour, and the sandwich shop was packed. Men and women from nearby businesses lined up to order, along with a sizable collection of students from the high school just down the block. Both groups pretended that the other wasn’t there.

While munching on my sandwich I overheard an animated conversation at the table beside me. Four girls discussed whether or not a young man named Jared was qualified for a particular position at school. The girl closest to me presented what sounded like a reasonable argument regarding Jared’s lack of experience compared to Dylan. She also stated that Jared often failed to show up on time when required.

That’s when the H word came out; another girl at the table said: “Why do you have to be such a hater?”

Well, I’m editing and condensing; for the sake of accuracy, she said, “Like, why do you, like, you know, have to be, like, such a hater?”

At that point the debate essentially shut down. The young lady who had dared to point out one candidate’s shortcomings was painted with the Hater Brush, and could no longer contribute to the conversation. Instead, she immediately began to apply more make-up.

We are gradually losing our ability to rationally disagree. Rather than offer point and counterpoint, we must now disable and defeat someone who doesn’t share our view by labeling them a Hater, thereby rendering their argument invalid.

It’s a race, really; the first person to thrust with that sword scores the point.

Personally, I would like for us to abolish the H word. It’s lazy, and it effectively shuts tight the mind of the speaker. Worse, it dilutes the power of the word when it truly applies.

It’s time to bring back the graceful art of disagreement, and to expose our students to its beauty. History tells us that our country has been rife with disagreement since we were rebellious colonies. You just know that some joker got in Paul Revere’s face and insisted that it be two-if-by-land and one-if-by-sea. From there it went to committee.

But we used our thoughts – elegantly put into words – to forge a new way. Our greatest achievements happened when we were pushed to the edge by our differences. Lincoln’s acclaimed ‘team of rivals’ may be one of the best examples; they certainly hurled insults at one another – Salmon P. Chase likely heard more spawning jokes in Washington than he ever did in fourth grade – but they also intelligently argued.

Suppose we abolish the H word, and instead teach students how to politely disagree. How much better off would we be if we raised generations of young people who believed in the power of their arguments instead of wilting into cowardly name-calling?

I have no idea if Jared would’ve been the best choice for this vague position at the school; I think we’re all troubled by his punctuality problem. But what’s sad is that the two sides weren’t allowed to fully voice their opinions; one girl offered no real argument, and the other was censored by a like-littered personal slur. Neither young lady learned or grew from their exchange.

Sadly, they’ve come to believe that when you have no logical argument, your next move is to demonize whomever disagrees with you. (Sound familiar, Congress?)

I propose that we openly discuss with our kids the concept of maturely – and courteously – disagreeing. Teach them how to state their case, and – here’s the hard part – how to listen to the other side. If you have more than one child, you have an endless supply of material with which to work, because siblings argue until every mom wants to stick forks in her eyes. They just do.

Those arguments actually can be helpful (even while they get on your last nerve). They provide an opportunity to teach the art of disagreeing: Point, listen, counterpoint, listen. It’s a skill that will serve them well in life, both personally and professionally.

Except when truly deserved – when talking about okra, for instance – it’s time for the H word to be retired. It’s a coward’s way out.

Earnest Parenting: help for parents who want children to better understand how to disagree.