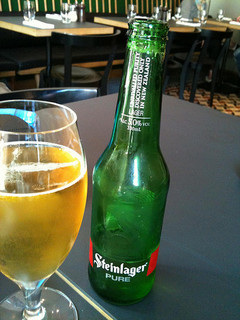 With High School graduation right around the corner and the weather warming up, our teenagers are out on the prowl for a good time, and most likely, a good party. Our kids are typically aware of the negative effects of alcohol by now. However, what many teens don’t know is how their irresponsible behavior with alcohol can become a parent’s worst legal nightmare.

What is social host liability? It is a legal doctrine – it differs from state to state – that can hold you responsible for the conduct of guests who attend a party you throw. As of January, 37 states held hosts liable if they served alcohol to a guest who later was involved in a crash that resulted in deaths or injuries, according to the Insurance Information Institute (III).

Think it can’t happen to you? In 2011, a Stanford University professor and his wife were charged with 44 counts of contributing to the delinquency of a minor because they hosted a party for their son and his underage friends – one of whom snuck alcohol into the gathering. The year before, a Harvard University professor and his wife were charged with facilitating an underage drinking party. It was a graduation bash for about 70 teens; again, at least one brought alcohol to the bash without the parents’ knowledge.

Neither of these incidents resulted in a wreck. If they had, the parents might – in addition to trouble with the authorities – find themselves as defendants in lawsuits filed in connection with the accident. Your home insurance liability coverage might protect you if you are sued, but remember that it has limits – in many cases as low as $100,000. And if you are charged with a crime, it might not protect you at all in a resulting civil case.

What’s a parent to do?

While locking your teen in their bedroom might seem like the safest solution, you are likely not to win any brownie points with your kid that way. Here are some things to consider if you are hosting teenage guests at your home (with or without your knowledge!):

Yes, that’s a lot of rules. But you can still leave plenty of room for plenty of fun, too, and that’s the idea behind the gathering. The bottom line is this: Your teenager has a bright future ahead of them and you’ve got a lot on the line. Help them celebrate the right way.

This article was contributed by Carrie Van Brunt-Wiley, Editor of the HomeInsurance.com blog. Carrie has been writing insurance news and consumer information for HomeInsurance.com since 2008. She graduated from the University of North Carolina in Wilmington in 2005 with a B.A. in Professional Writing and Journalism.