Building a Better Student: The Digital Ever After 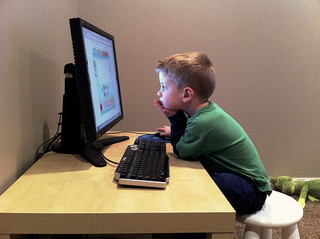 Here’s a tale of two mistakes, separated in time.

Let’s start with Amanda, a bright, outgoing young woman, and a pretty good student with lots of friends. Most of her fellow middle school classmates are – like her – good kids, but occasionally they test boundaries. So does Amanda. It’s what kids do.

This time, though, she stepped a little too far over the line. She and two friends thought it would be funny to break into their school one night during the summer and rearrange every room’s furniture. They didn’t do any real damage; just mischief, really, and so much fun.

Until they were caught by a maintenance man, who contacted the police. School officials and their parents were called, but – after threats of future consequences – no charges were filed, and the girls agreed to spend three months working at the school after classes.

Then there’s Kelsey. She’s also a smart, friendly young woman with lots of friends, and she, too, wanted to test the wild side. So, in order to tease a boy at school, she texted a provocative photo of herself, a scantily-clad pose that she thought was funny.

He promptly shared it with five other boys, two of whom posted it online on several sites.

Two middle school girls, two stupid mistakes, and two embarrassing outcomes. The difference is that Amanda’s school break-in occurred in 1993; Kelsey’s text was in 2013. While Kelsey’s image is now forever imprinted upon the digital landscape, Amanda’s error has no visible record. We all know that – had the school break-in happened today – pictures, texts, tweets, and more would’ve circulated immediately.

And it can be damaging in heartbreaking ways.

A particular college scholarship program is swamped with applications from high school students across the country. After narrowing down the potential grantees to a few hundred, the director of the program explained some of the factors that go into the final selections.

“Sure, their essay is important,” he says. “But I also check all of their social media sites. And Google them.”

You know what he’s looking for, right? Kelsey, if she’d applied, would be sunk.

It doesn’t stop with college; employers scour the web not only when interviewing new applicants, but to check up on current employees, as well. It’s not unheard of for people to lose their job because of their social media footprint.

A recent story in England detailed how people sometimes indict themselves. A young woman hit a cyclist with her car, then sped away. Later that day she tweeted the incident – yes, she tweeted it herself, cursing cyclists. Shocked readers then forwarded her tweet to the police. It won’t end well for her.

The lure of instant fame and artificial popularity is intoxicating for many people, but especially for the young. They’re just beginning to stretch their social muscle, and the concept of consequences is fuzzy to them. It’s difficult for them to grasp the harsh aftermath from a momentary lapse in judgment, repercussions courtesy of the Web’s long memory.

This is a lesson for students that parents and teachers can’t emphasize enough. The gift of wondrous technology has a dark side, one that can haunt even the best kids. Talk to them often, share examples of how one post or one photo dearly cost one of their peers, and reinforce the critical motto of “think before you hit Send.” Remind them that their friends might mean well, but that they, too, hold technological weapons in their hands. Caution your students to be aware of every photo taken, and conscious of every tweet.

The Digital Ever After doesn’t have to be dark; it has the potential for a happy ending. But it also can end in tears.

Earnest Parenting: help for parents who want to protect their kids.