Building A Better Student: The Phoenix 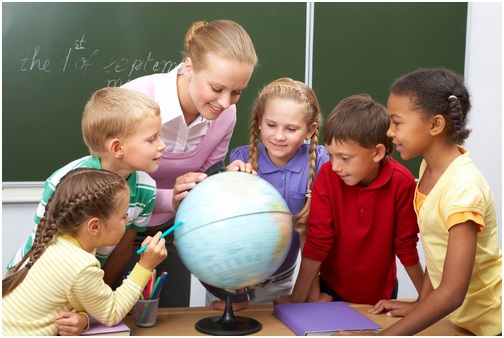 About four billion years ago, during our solar system’s infancy, there was a mighty cosmic collision. A slightly smaller planet than ours – roughly the size of Mars – slammed into Earth, a catastrophic event that nearly wiped out our world. But it was a glancing blow, so instead of shattering Earth, it tore off a large chunk, most of which ended up settling into orbit. That debris, over time and through the power of gravity, condensed into our moon.

Today some scientists are convinced that intelligent life might never have developed on our planet without the stabilizing influence of the moon. Without our natural satellite, Earth would wobble much more, wreaking havoc on seasons and weather patterns. Plus, the moon is responsible for our intense ocean tides, which biologists believe helped to “stir the pot” of life.

In other words, we wouldn’t be here today if it wasn’t for an early disaster which almost destroyed the entire planet. Earth rose from the ashes like the fabled Phoenix to spawn intelligent life.

There’s an important lesson here for parents and students. Early failure and/or disastrous mistakes don’t necessarily spell the end, and could – if handled properly – provide the ingredients for a tremendous comeback.

Too many students trip up early in school and then proceed to write off the rest of their academic career. They place themselves into a box labeled “Not Bright” and give up any hope of educational success. Their self-image is bruised, and their attitude is bleak.

Likewise, some parents misinterpret their child’s scholastic efforts at an early age and then stop challenging them intellectually. They may go so far as to accept subpar efforts at school as just the way it is.

But, like our planet’s early history, everything depends on how you deal with a juvenile setback. You can either let it hamper your progress, or you can use the event as a springboard to a better future.

But noble souls, through dust and heat,

Rise from disaster and defeat

Once again, there’s a reference to rising. We often hear it in stories of great sports comebacks, but the same can be applied to a student’s academic lifeline. The key is to make sure that kids don’t brand themselves as failures because of early mishaps and essentially give up.

Learning to positively cope with setbacks and disasters is as important as learning to succeed. More importantly, young people can actually use their missteps as motivation to make something better than before – metaphorically taking the debris from their experience and molding it into a stabilizing force.

All we need to do is gaze up at the glowing reminder in our sky each night to realize that a near-disaster can ultimately produce a remarkable success story.