Building a Better Student: Inside the Box 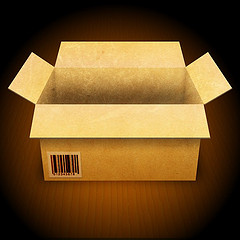 For years we’ve been told that the greatest creative minds share one very important trait: They think outside the box. While everyone else zigs, they happily zag, and as a result they come up with ideas that leave the rest of us gaping.

How can anyone, you ask, be down on outside-the-box thinking?

Maybe because it seems that’s all we get anymore. Maybe I’m beginning to miss good ol’ fashioned inside-the-box thinking. In fact, I don’t think many people even know what the inside of the box looks like any more.

There’s a problem when you incessantly hype OTB (outside the box) thinking. When you elevate the status of anything – especially the perceived reverence of contrarians – you encourage everyone into the pool. Before you know it, nobody wants to bother with ITB (inside the box) thinking anymore. Everyone must be exotic.

Yet we’ve anointed this mindset as the ultimate in critical thinking to the point where today young people want badly to be OTB merely because of its cool aura, not because it necessarily solves a problem. And, because many of these eager young souls have come nowhere close to mastering the abilities needed inside the box, we’re desperately short of people who possess fundamental skills.

I’m certainly not anti-creativity; I’m an author, a speaker, and a 35-year broadcasting veteran, so my entire professional life revolves around inventive ideas and solutions. But we’ve endowed OTB thinking with such a god-like status that we now have millions of young people who feel they’re nobody if they’re not focused on being exceptional in every way.

Why bother to spell correctly? Don’t you know that my spelling is outside the box? No, I can’t make change for your dollar, but check out my hair!

Call me a cultural speed bump if you like, but I’ve come to the conclusion that we must earn the right to play outside the box. Imagine, if you will, a society where nobody mastered anything considered inside the box, such as basic skills. What if we all were contrarian? Do you see the inherent paradox there? A world where everybody is OTB is chaos!

I personally long for more people who are superb at all of those icky tasks that are necessary within the box. Most of our country’s greatest creations likely came from minds that had perfected the skills needed ITB before they emigrated to the outer limits. They could add and spell and clearly articulate their thoughts. They didn’t fall out of their crib into an OTB playground; they earned their inner-box stripes first, so to speak, and used them to thoughtfully present their imaginative ideas to the world.

Of course, it’s difficult to put the genie back in the bottle, so I’m afraid we might be stuck in a society where nobody wants to do the basics . . . which is too bad, because, quite frankly, so many OTB thinkers has become a bit tiring.

In an age where a rebel becomes lost in a sea of rebels, where we push every child out of the box before they even understand the insides of it, I’d like to nominate the ITB champions as our new heroes. We need them. And we need more students today to emulate them.