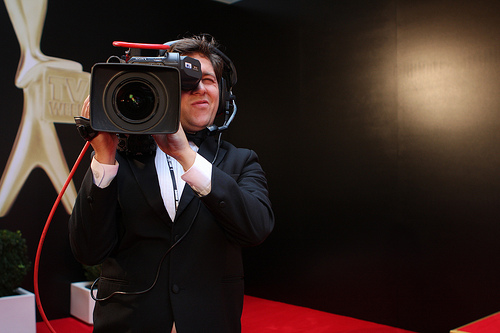 If you’re looking for shows that will keep the whole family entertained while also bringing up great conversation topics, there are plenty of new ones debuting this fall the family can watch together.

The fall lineup is dotted with top names in the entertainment industry, including Robin Williams, Sarah Michelle Gellar and Michael J. Fox. With so many great shows coming up, it may be hard to decide which one to watch, but tools such as the Hopper from DISH and the DirectTV Genie from www.GetDirectTV.org allow viewers to record multiple shows at once. Here are five to catch.

1.) Every mom who has ever told their kids about the days before cellphones and the Internet will love ABC’s new series “The Goldbergs.” Set in the ’80s, the show is this generation’s “Wonder Years.” Parents will delight in the walk down memory lane, and kids will relate to the teen actors, the youngest of whom is filming the series.

ABC Tuesdays at 8 p.m. (all times are Central Standard Time)

2.) Fox is bringing celebrity chef Gordon Ramsay to this new show. Based on the popular series “MasterChef,” this show invites youngsters ages 8-13 to show off culinary talents in a series of challenges. Challenge winners move through an increasingly difficult set of challenges until one of them is finally named the “Junior MasterChef.”

3.) Robin Williams is returning to the small screen for the first time in decades, playing an unconventional advertising executive in “The Crazy Ones,” the new workplace comedy from CBS. His antics are often so crazy they would lead to his dismissal if he weren’t the owner of his own successful agency. His daughter Sydney, played by Sarah Michelle Gellar, tries to keep his actions under control while also learning about the industry.

4.) In “Believe,” a young girl has the power to change the weather, levitate and predict the future. Raised by a group of people called True Believers, young Bo is in danger from outsiders who want to exploit her gifts for personal gains. In order to ensure she is protected, the True Believers break Tate, a wrongfully imprisoned death-row inmate, out of jail. The series follows Tate and Bo as they embark on the journey of a lifetime. Some scenes in this hour-long drama may be intense for young viewers, but the show is great for families with teens.

5.) Based on a series of books by Kass Morgan the show follows a group of 100 teens as they try to make their way in a futuristic Earth where civilization has been destroyed. This Sci-Fi program is heavy on special effects and can help transport you and your child to another world — at least for one night a week.

To be determined on The CW

What show are you most looking forward to watching with your family this fall? Tell us in the comments.

Image by Eva Rinaldi pursuant to the terms of her Creative Commons license.