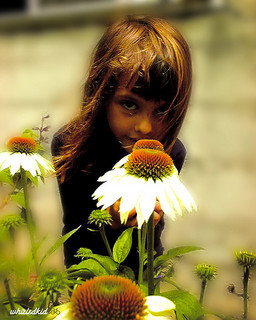 Not long ago I received a letter from a thirteen-year-old girl in Florida named Emma. Not an electronic piece of correspondence (text, tweet, social media message, email), but an old-fashioned sit-down-and-write-by-hand letter.

That certainly caught my attention, but what really struck me was the content. She’d read all of the books in my Galahad series, and wanted to let me know that she’d been inspired by them to pursue her own interest in writing. Toward the end of the letter she wrote: “I know I’m just one person, you probably hear from hundreds of people. But I thought you should know that I now want to be an author, and so thank you.”

Of course, I was completely touched by this heartfelt – and hand-written – letter. One phrase in particular, however, stood out to me: “I’m just one person.”

Look, we live in a world of mass communication on a scale that nobody could’ve imagined just a few years ago. We post something on a blog and it’s read by perhaps thousands of people. We can upload a video to the web that might be viewed by millions around the world.

We send out group emails and texts, and we accumulate hundreds – or thousands – of social media ‘friends’ at a ridiculous clip. On weekday mornings my radio show in Denver is heard by hundreds of thousands of people around the world, thanks to web technology and phone apps.

Now think about the power of Emma’s letter. Her humble disclaimer is a reminder that, given today’s digital hookup, we too often forget about the One.

For years there have been campaigns geared to “saving the planet,” and charitable drives often are centered on helping large groups of people. But these causes – while generous and noble – blur the faces of the individuals. Good deeds on a mass scale benefit lots of humans, but we sometimes forget our basic humanity.

We evolved as social creatures, built through one-on-one, face-to-face communication. By locking ourselves inside our digital devices and sending out electronic signals en masse, we don’t see the face of the One. We don’t see – or feel – an impact.

When we work with students to help “make this a better world,” some of the emphasis should be placed on helping one person at a time. If your daughter or son – or your classroom’s students – want to make a difference, let them see how that difference manifests when it touches a single individual.

By doing that, the face returns, which closes the loop on why the good deed was performed in the first place, likely stimulating a young person to do another. And another.

Emma’s letter was a reminder that we don’t always see the impact we have on others. As an author I publish my books and they’re distributed throughout the country; if my words stir something in a teenager two thousand miles away, I might never know . . . until she writes.

And suddenly, rather than just hoping that I might influence a young mind, it’s confirmed.

I encourage you to find local opportunities where you and your kids can help “just one person,” and experience what saving the world looks like on an intimate scale.

Helping a cause is great; helping a person enriches the soul.