Too Many Adults are Allowing Underage Drinking 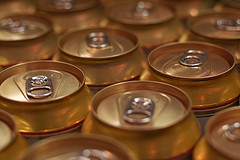 I received a disturbing note recently. Here is an excerpt:

While summer is winding down, there are still plenty of opportunities for celebration and social gatherings: kids going off to college, Labor Day celebrations and summer BBQs while the weather is still nice. Typically alcohol is present at these events; summer is not only a common time for binge drinking, but for underage drinking as well.

Caron Treatment Centers, a nonprofit provider of drug and alcohol addiction treatment, recently revealed survey results on underage drinking peaking in the summer. The trouble is, many adults hold conflicting opinions when it comes to teenage drinking, which may convey that other illegal behavior (e.g. prescription drug use) will be tolerated. Caron’s survey found that:

I understand where people think that allowing alcohol at younger ages would help teens to learn to drink responsibly. Teaching kids when they’re young often makes sense. However. Our brains are still developing during the teen years and into the early twenties. Isn’t it better to protect them as long as possible?