Building a Better Student: Is That Writing? 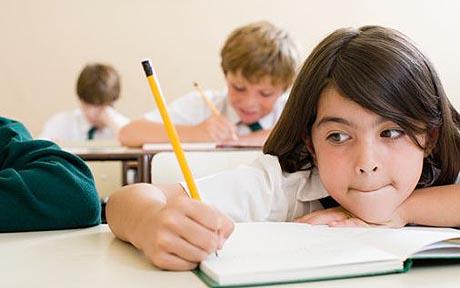 The middle school writing assembly had gone well, with an energized audience and a fun exchange of ideas. Then a young man raised his hand. “I want to write a comic book? Does that count as writing?” My answer aggravated a few adults in the back of the room.

The same issue arose when I spoke at a conference, and a librarian and I agreed to disagree. “That’s art, and it’s cute, but it’s not really writing,” she told the panel.

At a book signing last year a young student in line showed me the first few pages of her graphic novel. I cheered her on, only to have her father say in a hushed tone, “It’s nice, but we’d prefer that she focus on real writing.”

I find this angst over comics and graphic novels perplexing. Tweets and texts and social media outlets seem to generate similar dissatisfaction. But the goal, as I see it, is to encourage young people to explore their creative side while finding interesting outlets to express their ideas. How can stifling – or belittling – those attempts be productive?

Times and technology change, but different tools don’t necessarily mean inferior ideas. No doubt somebody told Gutenberg that his movable type was an abomination, and centuries later people looked with distrust upon the earliest typewriter. It’s hard to imagine today, but as recently as the 19th century all novels were deemed trash.

Can a private journal be considered writing? Of course. What about a blog post? Certainly. These are not only conduits for the expression of ideas, but also comfortable starting points for young people to develop their voice. The more practice they get, the better.

If a fifth-grade boy shows an interest in creating a comic book, we should celebrate it! He’s placing one story idea after another, learning the craft of writing through a visual system combining picture and story. Do you have to be a fan of comics? No. But you do need to be a cheerleader for intellectual expression.

Some adults might worry that kids will never progress beyond tweets and texts and comics, but I think that’s a baseless fear. Think of these forms as training wheels, helping to build confidence. Students today are inundated with video, and more than ever they process words with pictures.

But it’s still writing; they’re actively participating in the delivery of words and ideas, of dreams and concepts. They’re not all thought-provoking, perhaps, but I guarantee you that Clemens and Tolkien and Angelou spewed fairly inane stuff before they hit their stride . . . and their parents likely were unimpressed.

Children don’t begin by running; they wobble, they fall, they wobble some more, then they manage a tentative step forward. Their writing is no different. Kids apply a great foundation with coloring books, followed by scribbled stories and funny pictures, before advancing to the next logical step.

Yes, we’d all like to see significant improvement – and more critical development – through high school, but the early formula for a student is simple:

Then write something else.

Earnest Parenting: help for parents of aspiring writers, whatever the medium