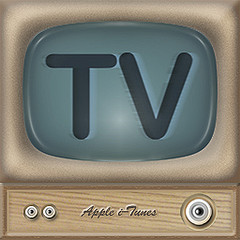 Now that the younger boys are (eek) almost 11 years old, one thing I’ve noticed is that I’m no longer an expert on the latest and greatest little kid television shows anymore. Back when the boys were little, we were all about Blue’s Clues, Dora the Explorer, and Bob the Builder.

I just couldn’t quite resist that one.

Anyways. Children’s shows. I remember secretly enjoying many along with them. Anyone remember Maggie and the Ferocious Beast? Terrific show. Although I wasn’t fond of the pouting that Hamilton the Pig did. But we survived. Close to the end of our daytime television days was a neat show on Nickelodeon called Lazy Town. And the Backyardigans was so sweet and imaginative. I loved that one.

There were also plenty of shows that I think originated in the UK. Kipper the Dog was so sweet; it was based on books which made it seem more gentle I think. We also really enjoyed Miss Spider’s Sunny Patch Friends.

Huh. I didn’t realize until I started writing this how many shows we watched over the years. It’s funny to think about now, because they didn’t just sit and stare at the screen all day. In fact, I recall more than a little angst about how much screen time was appropriate.

Granted, I’m covering probably 5 to 6 years of shows between all of the kids. Now they watch sci-fi with their dad and me, or shows from the Disney Channel. We canceled the cable subscription this summer, so any TV shows we get are now on Netflix or Hulu. I’m actually liking that quite a bit. We watch old series, skip the commercials, and know in advance generally what we’ll see. No surprises.

Still, though, I do miss the fun shows they watched when they were little. We even had toys representing some of our favorites. I remember having several Bob the Builder figures, and there was a super cute stuffed Blue toy. If you squeezed one paw, she’d do that cute little bow wow bark thing, and if you squeezed the other paw, she’d play the Blue’s Clues theme song.

Anyone remember when they went to a live action version of the show? Blech. I didn’t care for that one. We’d pretty much moved on to Dora by that time anyway.

It’s interesting, now that I think about it. I don’t recall having toys that were much inspired by tv shows when I was a child. We’d get the occasional movie character in an action figure. But as a child there weren’t many toys that I knew of related to television.

I did have one doll when I was little. She had red hair. I named her Amy.

Nowadays, go into a toy store and you can find aisles and aisles of toys related to a particular show. But that’s not all. Have you heard of Peppa Pig? Peppa debuted in the UK back in 2004, and is now seen in countries all over the world. Peppa has a website, Facebook page, app, is featured on YouTube and the iTunes store, countless toys and games (Argos in the UK sells a great range of Peppa Pig toys), and even a section of a theme park is devoted to her. Amazing.

Oh my goodness, I just remembered Barney the Dinosaur. I know that he’s frequently the object of scorn, but I remember enjoying some of his videos over and over and over (and over!) again.

I wonder what kinds of shows my grandbabies will watch when they’re old enough?

As long as it’s not awfulness like The Annoying Orange, I think we’ll all be okay.

So what are some of the shows your kids watched that you secretly enjoyed?

Earnest Parenting: help for parents who look forward to the kids shows in life.