The Easy Bake Oven Sure Has Changed Over the Years 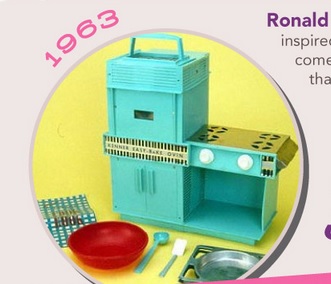 Did you know that 2013 is the 50th anniversary of the Easy Bake Oven? I wonder how many of us grew up playing with one. I never had one of my own, but I think my younger sister did.

I purchased one for the older boys when they were very young, but it was hard to do enough with it to keep 2 boys eating much, and they just weren’t terribly motivated.

Now that the incandescent light bulb is going the way of the dinosaur, they’ve added a real heating element to the Easy Bake. This sounds like a lot more fun, and I’m now hoping even harder for granddaughters someday. Hey, I gotta have a good enough excuse to play with one since most people expect me to use the regular oven for baking.

Regular oven. Bah. It’s not nearly as cute as the Easy Bake.

Earnest Parenting: help for parents who are nostalgic about the Easy Bake Oven.