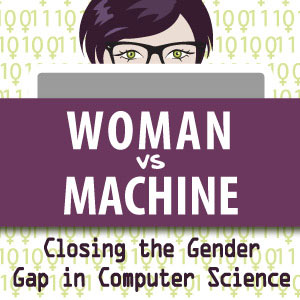 I was a little surprised by the statistics in this particular infographic, Heroes. Had you asked me, I would have guessed that female participation in computer sciences was non-existent in the early days, and then rose slowly to today’s levels. Not so! See the graphic below for details.

Special note from Carolyn at WonderofTech: The infographic is incorrect about the world’s first programmable computer. That was actually the Colossus, used at Bletchley Park, England to help break the German Enigma code during World War II. The computer was kept a secret until after the Cold War was over as it continued being used by the UK to break codes used by the Soviet Union. Until the Colossus was revealed in the 1990′s most of the world believed that IBM created the world’s first programmable computer.

Earnest Parenting: help for parents who are encouraging girls to work in the computer sciences.