Building a Better Student: It’s Not About the IQ 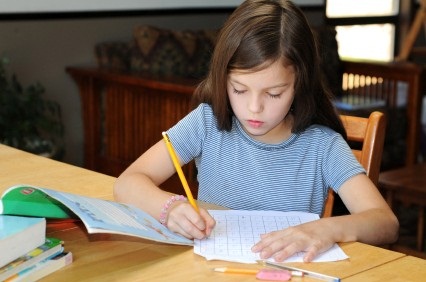 Have you ever taken an IQ test? I did it once when I enrolled for college, and again many years later. You find questions such as “what number comes next in this sequence?” and “which word is not like the others?” I’m sure the test has value in some capacity, but I wondered how those particular questions could determine my intellectual worth – at least according to someone else.

It’s not surprising that today people read so much into an IQ score, because we rely on standardized labels to simplify almost everything in our lives. You might say you live in “the city,” but there are dozens of unique neighborhoods within it that share little in common other than an area code. You may claim that you like “country music,” but there’s a huge difference between Marty Robbins and Little Big Town.

Now think about a classroom full of thirty students. Yes, they might all be in the sixth grade, but their individual talents are scattered across a wide spectrum. Do you honestly believe that one test can tell the entire story?

It’s not as simple as identifying one student as ‘smarter’ than another. Each of us has particular skills, often with little in common. One person may be blessed with a natural understanding of math and accounting, another can quickly identify a problem with a car engine, while a third is a piano virtuoso. Which one is the smart one?

Too many kids fall under the spell of these descriptive words and then either underachieve (because they’ve been told they’re “not gifted”) or perhaps never take chances (because they don’t want to risk their untarnished “gifted” label). We’re quick to tag them, thereby stunting their natural intellectual curiosity and growth. Kids then live up to – or down to – the labels we place on them.

The truth is, there are as many different varieties of intelligence as there are order combinations at Starbucks. Helping young people to become the best version of themselves starts with recognizing the many forms that could take, and being grateful for the differences.

I named my non-profit foundation The Big Brain Club, not because it represents ‘smart kids’, but rather as a celebration of our species. The physical size of the human brain helped to elevate us from other animals until we came to dominate (we think) the planet. It also took a variety of skills to build our civilization, which meant different kinds of smart, but all produced by a big brain. We’re all members of the club.

So why have we become so insistent on singling out those who test well? My experience tells me that effort and ingenuity mean so much more. Giving kids a well-rounded education is extremely important; recognizing that each child has a unique ‘gift’ is critical, for them and for the rest of us.

Let’s challenge the stereotypical ‘gifted and talented’ student to explore beyond her natural skills. At the same time, let’s help the academically-struggling student to discover her special talents, and to recognize that her version of ‘smart’ may look nothing like that of the student across from her. The more important component is effort and determination.

Earnest Parenting: help for parents who want to inspire their kids to achievement…without having to label them.