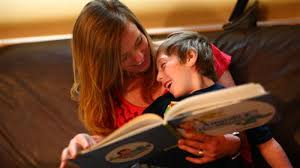 Surely, every parent has seen at least one episode of Supernanny or Nanny 911? It’s difficult to avoid television programmes like these ones, especially if you have children if your own. Other parents tend to discuss them in hushed tones and admiring voices. ‘Did you see how she transformed that brat of a four year old last week?’ they ask with a look of wonderment upon their tired and weary faces.

Even if your children are a hundred miles away from the unruly monsters on Nanny 911, it can still be tempting to believe that a television show like this one has all of the answers. We’ve all got kids that are just a bit too difficult to handle sometimes, says GlobalPost.com expert Denise Brown. We’ve all felt like we could use the help a no-nonsense nanny who used to bounce the future king of England on her knee. It’s understandable.

Yet, it’s important to realise that television programmes like Nanny 911 are designed for the purposes of entertainment. They’re certainly based on real families and real behaviour techniques, but they’re also edited in a very specific manner. Of course it looks easy on television – what we’re seeing is an expertly edited montage of what is, in actual fact, a much longer and much more in depth process.

To put it simply, there are no quick fixes. If you’re a big fan of Nanny 911 and you decide to hire your own nanny because of that, you’re bound to be disappointed. The childcare experts in this television show have been trained in some very specific behavioural techniques. Lillian Sperling is a reformist who is sent in to undo the mistakes put in place by inexperienced or overworked parents. She is not your common or garden nanny.

A conventional nanny is not there to teach you how to discipline your child or how to reform their bad behaviour, say the experts at ENannySource.com. He or she is a childcare professional who is hired to take care of your little ones in your stead. A nanny must adhere to the behavioural guidelines that you establish – they are only allowed to use their own disciplinary techniques if you give them permission. Nannies, like those available to hire from Millennium Nannies, are contractually obliged to follow your rules.

What you absolutely cannot do is hire a conventional nanny and expect them to be just like Lillian Sperling fron Nanny 911. It might sound like an obvious distinction to make, but you’d be surprised at just how many parents take television programmes like this one at face value. They’re not foolish or naive – they’re just parents who are feeling desperate and don’t know where to turn for help with their childcare.

A nanny could definitely help these parents, but only if they understand where that nanny’s duties begin and end, says Telegraph journalist Sarah Womack. You’ve got to consider how difficult it can be for a childcare professional to come into a household and be confronted with expectations that just aren’t realistic. It makes their job almost impossible to do and it causes parents to become convinced that their nanny isn’t a worthwhile employee.

Television programmes like Nanny 911 extremely entertaining. They can even help parents better understand the behaviour of their children. Nevertheless, they are still just television programmes. They should not be taken at face value and they should not be used to judge conventional childcare professionals. If your children are out of control, there are individuals who can help you. These people aren’t your common or garden nannies – they’re behavioural specialists.

Author Bio: Katie Raymond is an independent childminder who lives and works in Essex. She recommends Millennium Nannies for help and advice on hiring a top quality nanny. She enjoys programmes like Nanny 911, but she sometimes worries about their impact on parents.