Teach Your Children to be Honest 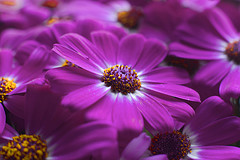 How many times have you gotten the wrong change back at the store? If it is in your favor do you complain as much as you do when you get short changed? You may not think that your children even notice things like this but you would be surprised how aware they are. My children have caught things that went right over my head because I have been in a hurry or had my mind on other things.

I remember an occasion where I was with my daughter in the grocery store and after we checked out she said something to me about the checker forgetting to ring something up. I then went through the bags and looked at the receipt and realized she was right! I turned around and went back into the service desk and had them ring up the item that I had not been charged for. I knew my daughter was hyper observant but I did not know she was paying that much attention to the groceries. I was happy for the opportunity to show her what honesty looks like.

I will never forget the time my son and I, when he was about four, went to get the car filled up with gas. Afterwards I wanted to get a car wash and pulled up to the meter to put in our quarters. As I began putting the quarters in I heard what sounded like the quarters hitting the pavement. I opened the car door and saw about ten or fifteen dollars’ worth of quarters on the ground. At first I thought about just leaving but my son was sitting there and I decided it would be a good opportunity to show him the right way to handle the situation. So I picked up all the quarters on the ground and put them in some tissues to take into the gas station store.

When we got inside there were about six people in front of us in line and I was in a hurry but I thought I had better wait, after all what was I going to do, put the quarters back on the ground? As we got closer to the cashier I could see that English was not their first language, the lady was of Asian descent and was having trouble communicating. When I got up to the front of the line I began telling her that the car wash was broken and there were quarters all over the ground out there. (All the time I am talking my son is pulling on my arm and asking how much longer this was going to take. I really did not think he was paying a lick of attention to anything going on.) The cashier shook her head up and down and said, “Yes, carwash takes quarters.” I told her no, it is broken and they are on the ground, falling through. “Yes, push buttons for wash.” This went on for a few more minutes and there were at least eight people waiting behind me by this time so I decided to give up.

As my son and I walked away he began to do a little side to side dance and started singing “We are Siamese if you please, we are Siamese if you don’t please” from Lady and the Tramp. Everyone in the line broke out in laughter and I turned bright red and got out of there as fast as I could! I did not think he had a clue what was going on!! I began to try and explain to him why I was trying to give the coins back and all he could think about was those Siamese cats! At the end of our walk he even gave it the old dirt in your face kick back that Tramp did in the movie. Well, this was a lesson gone wild. I just wish someone had of been taping it so I could show him now!

Over the years I have had many more opportunities to teach my children to be honest. When my son got to be a young teen we had a couple of situations where he got a little bit aggravated at me for being honest and we had to have a nice long sit down talk. He would notice that I got something for free or I got back too much change and he would get excited that we made money. I would always correct them and make the situation right and he would look at me like I was not quite bright. I explained to him that honesty is always best and I told him that more often than not the cashier had to pay back the company when they made a mistake. I reminded him to do unto others as he would have them do unto him. What if it was him that was short in his cash register? Sometimes you have to make it more personal to your children.

Teaching your children honesty builds character and character will give them a greater chance at being a success at life. It is the little things in life that make a big impact on your children. Make sure you are setting the best example you can.

Author Byline:
This article is contributed by Madoline Hatter. Madoline is a freelance writer and blog junkie from ChangeOfAddressForm.com. You can reach her at: m.hatter12 @ gmail. com.