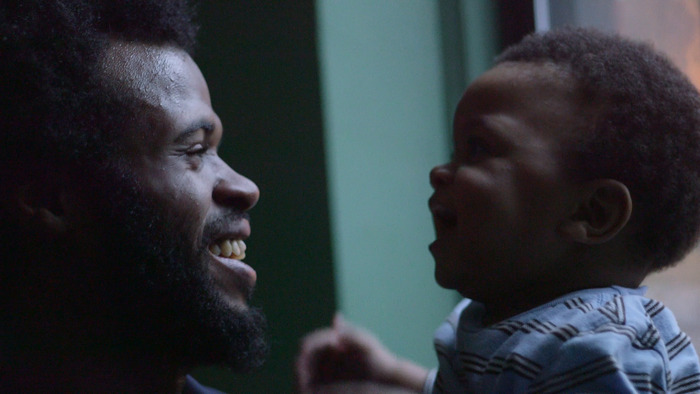 Heroes, I want to share with you a unique project that is underway called Daddy Don’t Go. It’s a documentary, and the subjects are 4 young men in New York City who are trying to be good dads. The movie has been in the works for over a year, and now the producers have turned to KickStarter to get funding to finish.

Given that fatherlessness causes so much havoc in society, and so much anguish on individual levels, I think we should do what we can to keep this movie going. In the words of the creators, “Policy makers and activists across the country are looking for ways to reduce fatherlessness. Daddy Don’t Go will be a lightning rod for this much-needed conversation.”

Brooklyn, NY November 5th, 2013- At a time when one out of every three children in the US grows up without a father, Daddy Don’t Go will challenge the epidemic of fatherlessness by offering intimate portraits of four racially diverse, economically disadvantaged dads who are defying the odds against them. Alex, Nelson, Roy and Omar shatter the deadbeat dad stereotype, redefining what it means to be a good father for all men.

Nelson is a former Latin King who now cares for his son and two children from his partner’s previous relationships while resisting the easy money that crime promises. In his own words: “It’s real hard out here to get a job. Sometimes I feel like going back to my old ways, but I have a family now.” Roy served six years for a drug offense and was recently disabled after an accident but is fighting to give three-year-old Caiden the chances he never had. Omar rescued his three children from their abusive mother and is now battling to retain custody while healing their damaged psyches. Alex gave up his job in Philadelphia to get one year old Alex Jr. out of foster care, but now faces possible jail time for an incident that happened before he was a father. He won’t let anything prevent him from being there for his son, saying “I gotta be dead or someone would have to beat me up for me to be a dead beat dad.”

These aren’t fairy tales, these are the real life stories of four men trying desperately to be there for their children during a time when an alarming number of fathers are abandoning their kids.

With just a short time left, this project is nearly funded. Let’s do what we can to help them finish strong.