Building a Better Student: Thank You! 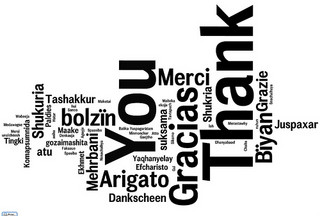 School is important, but there are lessons outside of the classroom that every kid can use to get ahead, or – as we like to say with our foundation – to become the best version of themselves. Some of those lessons go a long way in helping students become valuable company assets after graduation.

Isn’t it interesting to find out that one of the best ways a young person can leap ahead in the workforce involves something wildly old-fashioned?

I give you: the handwritten thank you card.

A survey by CareerBuilder found that almost one in four hiring managers hold the thank you note in very high regard, going so far as to say that they’re unlikely to hire someone who doesn’t follow through with thanks after an interview. In a remarkably competitive world, eliminating almost a quarter of your job prospects is just plain dumb.

I’m a handwritten note guy, something instilled in me by my parents when I was in elementary school. I still remember having to write thank you notes to aunts and uncles after receiving birthday presents, and at the time I did it grudgingly.

Today, I am oh-so-appreciative of that early lesson. I’ve found that it makes me stand out from the crowd, and in a good way. In fact, it has fallen so far out of fashion that it’s unlikely that anyone else in my competitive pool will even think about it, let alone actually craft the words.

That’s an incredible advantage for your student, and with a minimum amount of effort.

I’ve hired and fired enough people in my life to know what works with an applicant and what doesn’t. I’ve seen a multitude of tricks designed to get my attention – I watched one person even send a full-sized arm from a mannequin with a note that said, “I’d give my right arm to work for you.”

Cute. But I say keep your mannequin parts and instead simply follow-up your interview with a thoughtful, concise, and personable thank you note. My respect for you will increase substantially, and I’ll immediately consider how that character trait would translate as a member of my team.

We get very wrapped up today in teaching kids to “be themselves,” and to “follow their dreams.” Those are fine suggestions, but they put the focus entirely on the kids. A thank you note, however, trains the student to think of the person on the other side of the desk, the person who potentially holds the student’s future in her hands. A heartfelt thank you – preferably handwritten, but email is better than nothing – redirects the spotlight in a mature way.

It’s never too early to begin. If your kids have never sent grandma a thank you note, I’d strongly suggest they do it this holiday season. And after every other big event thereafter.

One day they might just send you a thank you note for the assist.