How to Teach Your Kids About Drug Safety 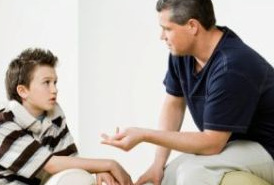 One of the most stressful conversations you can have with your kids is the “drug talk.” However, just like the sex conversation, this is a conversation that needs to happen. We are reminded every day about the dangers of drugs, but it’s still important that you and your kids have this heart to heart. It will be beneficial to both parties.

Don’t wait until your kid is sixteen before you start talking about drugs. Instead, build a habit of open conversation, and have talks about drugs every couple of years. Around 10 years old is when kids start getting more exposed to drugs. They are probably watching slightly more adult oriented TV, or it could be in their music. Either way, don’t be afraid to start early. This will build trust.

Do Some Research Yourself

A lot of parents tend to fail in this department, so don’t be one of them. Don’t believe everything you see on TV, and don’t believe everything you see on government websites. These people have an agenda. Instead, look at lesser known studies, and drug trials. You will get more factual information and the conversation will be from an educated viewpoint. Lying, or giving false information about drugs will just increase your child’s curiosity.

Peer pressure is one of the main reasons people start using drugs. Be sure to explain to your kids what to do when they are in that type of situation. Most teenagers aren’t like the people you see in the commercials. They won’t disown, or beat up your child just because they said no to a cigarette. Remind your child that no one should pressure them into doing something they don’t want to do. Saying no is a lot easier than it seems.

Don’t Tell Them Not to Do Drugs

This seems counter intuitive, however, most kids tend to go through a rebellious phase. Telling them that drugs are 100% off limits, can be almost the same as asking them to do drugs. Remember that research you did? That should speak for itself. Outline the dangers of using certain drugs, how addictive they can be, how they can ruin lives, among other things. Explain the difference between drug use and drug abuse. Instead of intimidating your kid not to do drugs, it’s better to let the facts speak for themselves.

Remember that it is possible that your child may still do drugs after all of this. This is their life after all. If you need to use a recovery center’s resources, Ascend Recovery is an excellent place for treating drug abusers and getting more information about drugs to explain to your kids. Just remember that as a parent, your open conversation and show of good faith will go a lot further with kids when it comes to drugs.

Earnest Parenting: help for parents who want their kids to be wise about drugs.